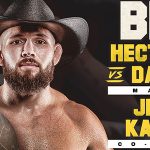 On Saturday, Feb. 15, the toughest dudes on the planet jump into the ring for BKFC 10. Two of the best bare-knuckle fighters in the world are in action. Jim Alers battles Kaleb Harris while Hector Lombard takes on David Mundell. Which bare-knuckle fighters are destined for victory on Saturday night? Check out analysis and picks for Alers-Harris, Lombard-Mundell, and 4 other great fights on the BKFC 10 card!BKFC 10 Lombard vs Mundell Preview & Odds When: Saturday, Feb. 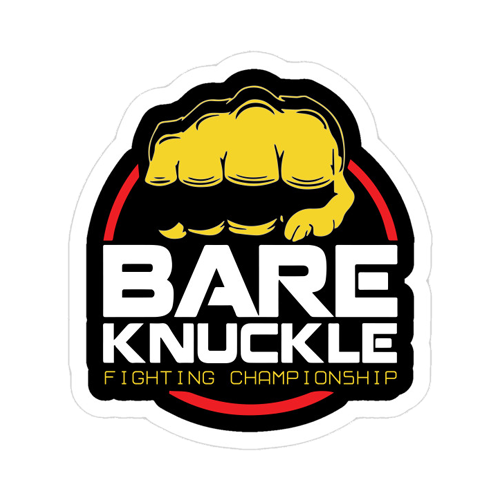 On Saturday, Feb. 15, the toughest dudes on the planet jump into the ring for BKFC 10. Two of the best bare-knuckle fighters in the world are in action. Jim Alers battles Kaleb Harris while Hector Lombard takes on David Mundell. Which bare-knuckle fighters are destined for victory on Saturday night? Check out analysis and picks for Alers-Harris, Lombard-Mundell, and 4 other great fights on the BKFC 10 card!

Two Florida fighters enter the ring when Lorenzo Hunt battles Gustavo Trujillo. Hunt made his bare-knuckle debut in BKFC 8. He won a Round 2 TKO versus Reggie Pena. Trujillo also made his debut at BKFC 8. Trujillo knocked out Rob Morrow in Round 1. Although Hunt should put up more of a fight, Gustavo’s power figures to win out. Back Trujillo.

Abdiel Velasquez’s 3-1 BKFC record intimidates most fighters. His lone loss happened to champ Johnny Bedford. But on Saturday night, Velasquez faces one of the best pure boxers at BKFC in Dat Nguyen. Nguyen had a 20-3 professional boxing record. He should use his boxing skills to stay away from Velasquez’s power punches. Dat via decision seems more than plausible.

Boudreaux is 0-1 after his BKFC debut. Adam Pellerano hit Boudreaux with a combination that sent Joshua backward. Boudreaux stumbled and hurt his knee. That’s not good news facing a fighter like Travis Thompson. Although Thompson has a 1-3 record, he’s never gotten knocked out. All his losses happened via decision. Thompson’s motor never stops. He’ll beat Boudreaux on Feb. 15.

Luis Palomino lost his last 4 MMA fights. His overall MMA record is24-17. 62% of Palomino’s wins came via TKO/KO. He makes his BKFC debut on Saturday night. Elvin Brito lost his last 6 MMA fights. One of the losses happened against Jim Alers via triangle chokehold. Of Brito’s 8 MMA wins, 2 came via TKO/KO. Elvin doesn’t appear to have the power that Luis Palomino possesses. Back Palomino.

Kaleb Harris has decent footwork. He looked good in his first two fights, both wins. But Harris has just a small chance against Jim Alers. The 2019 BKFC Fighter of the Year does everything right. His stand-up is as good as it gets. Not only that, but even though Harris is a decent boxer, he still overreaches. Alers should catch him with a few devastating punches. This fight could end early.

Lombard has incredible power. Also, Hector fights with his hands up. He doesn’t shoot punches from his hip, which should give him an edge over David Mundell. The dog is a good fighter. But he’s more of a brawler than a boxer. He fights with his hands below his chest. A skilled fighter like Lombard should dominate someone who only brings their hands up to throw a punch.

Jake Paul Vs Ben Askren: 5 Things Ben Must Do to Win It All

Posted: Friday, April 9, 2021 2:48, EDT
What once was a sideshow has become one of the most intriguing and possibly competitive boxing matches of the year. At first, most expected Jake Paul to pummel former UFC fighter Ben Askren. But as the weeks have passed and as more and as more fans and boxing handicappers have heard Ben Askren speak about the match, the odds have Read More

Jake Paul Vs Ben Askren: 5 Things Jake Must Do to Win

Posted: Friday, April 2, 2021 4:07, EDT
Two of the best junior lightweights on the planet headline a great Saturday of boxing action. WBO Champion Jamel Herring defends his title against former titlist Carl Frampton. Check out analysis and picks for the Herring – Frampton bout as well as four other great matches on April 3 along with their Boxing odds.  Boxing: Herring versus Frampton Highlights April Read More

Posted: Friday, March 26, 2021 10:37, EDT
Two of the best heavyweight’s in the world enter the ring on Saturday when Alexander Povetkin clashes with Dillian Whyte in a rematch of a 2020 fight. Povetkin versus Whyte should be an excellent bout. We provide analysis and free picks for the top boxing event on March 27 as well as other great fights on the same day, along Read More

Posted: Tuesday, March 23, 2021 2:34, EDT
Mike Tyson said his next boxing match will take place at the Hard Rock Stadium in Miami Gardens on Saturday, May 29. Iron Mike didn’t say whom his next opponent would be. Check out a list of potential opponents as well as info on why each is or isn’t a good fit so you can get all set to make Read More

Posted: Thursday, March 18, 2021 9:37, EDT
By now, every human being in the U.S. knows who the Paul brothers are. Jake Paul and Logan Paul were YouTube stars. In the past couple of years, they added professional boxer to the name-plates on their desks. More people know who Jake Paul is than who Ben Askren is, which is why in our weekly JP versus Ben blog Read More