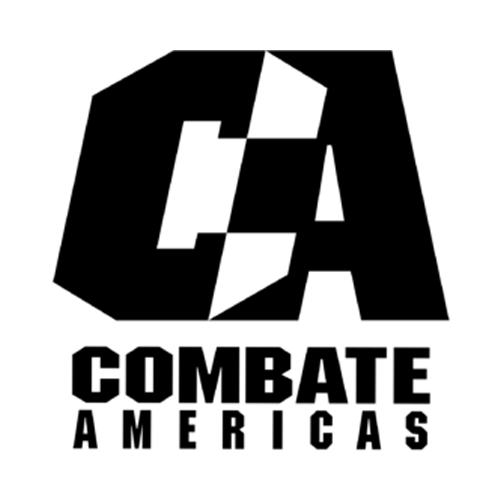 No Need For PPV, DAZN, Pay Per View, or Searching around on Reddit and Google, Combate Americas is easy to view. FREE. Being a new broadcast Combate Americas is available free on Facebook LIVE. Simply visit the official Facebook page at facebook.com/CombateAmericas and then follow the links to the live stream. Also Broadcast in High Definition (HD) on DAZN the broadcast is only in Spanish, but hey what did you expect?

We have had some very good Fight Night events from the UFC in recent weeks, but it’s now time to get back to the really important stuff with UFC 266. That means that Saturday night is title fight time, with not one but two title fights on the main card. All told, there are 5 bouts set to go on the main card, and you could certainly make the case that they could all be a lot of fun to watch and wager on. As we always do, we are going to take a closer look at all the fights on the main card as deliver the latest UFC odds and predictions for each, so let’s get right to it.

There is a much more important women’s fight coming later in the evening, but this Flyweight bout has the potential to be a very nice appetizer. Andrade has gone off the rails a little of late and is looking to get back to form after losing 3 of her last 4 fights to fall to 21-9 overall. Calvillo is not in such dire straits, but I’m sure she’d like to be better than her 1-1-1 record over her last 3 fights, which dropped her to 9-2-1. Despite the poor form, I still think Andrade is too much for Calvillo to handle.

We should get some real action going with the next fight on the main card, as I expect both of these Heavyweights to bring the heat. Blaydes saw his progress stalled with a loss to Derrick Lewis last time out, so this is all about getting back on the path to a title challenge. For Rozenstruik, this fight is about regaining his form after going on a 2-2 run in his last 4. I think we might see this one go the distance, with Blaydes getting the decision.

The odds for this Middleweight bout tell you all you need to know, which is that it’s about as evenly matched as it gets. Both men need this fight in the worst way, especially Lawler, who is on a horrible 4-fight losing skid to drop to 28-15 overall. Nick Diaz is 26-9 and is now winless in his last 3 after seeing his last fight against Anderson Silva end in a No Contest. Diaz has not fought since 2015, but I still think he comes back and gets the win.

The co-main event of the night is also the first of the two title fights, with Shevchenko looking to defend her Flyweight crown. Given that she has now win 7 in a row against the best on offer in this division, it is perhaps no surprise that she is such a heavy favorite. Murphy has fought her way to a well-earned title shot, winning each of her last 5 fights, but she is in over her head here. I like the champ to get the KO win in the early rounds.

The headline event of the night is a Featherweight title fight that has all the makings of a great one. Volkanovski comes into this fight on a ridiculous run of form that has not seen him lose a fight since 2013. He has had some close calls of late, though. Ortega has just on loss in his pro career, going down to Max Holloway, but he bounced back from that with a win, earning a shot at the champ in the process. This should be a fun one, but I have the champ by decision.

Posted: Thursday, September 23, 2021 3:26, EDT
UFC Fight Pass members might well want to circle the calendar for Friday night, as there is a great looking event starting at 9 PM EST. LFA 115 has a main card, with no less than 7 fights lined up for this one, including a title fight as the headliner. That’s a lot of action to cover, so let’s get Read More

Posted: Wednesday, September 22, 2021 4:44, EDT
For MMA fans, events are usually judged by the fights on the main card. For a lot of fans, those that have title fights as the headliner take preference over the rest. If you fall into that group, then the One Championship: Revolution event, which is set for 8:30 AM EST on Friday morning, needs to be considered a must Read More

Posted: Monday, September 20, 2021 5:35, EDT
While this event is operated by Dana White, it is worth noting that it does not fall under the UFC banner. That said, the fighters who do well in this competition could well find themselves going to battle in the UFC in the future. For 5 seasons now, White has used this event as a way to scout new talent, Read More

Posted: Friday, September 17, 2021 11:12, EDT
The UFC will get underway a little earlier than usual this weekend, perhaps because they have a jam-packed card coming your way. The UFC Vegas 37 main card has no less than 6 fights ready to go, with all the action set to begin at 1:30 PM EST. Given all the MMA action that is coming on Saturday, that early Read More

Posted: Thursday, September 16, 2021 4:02, EDT
If you’ve made it through the UFC and Bellator events that take up most of Saturday afternoon and evening, you might as well stay up and tune into the Rizin FF 30 event, which is set to go at 1:30 AM EST on Sunday morning. If you do, you will be treated to a huge main card that includes 9 Read More

Posted: Thursday, September 16, 2021 3:48, EDT
Saturday is a good day to be an MMA fight fan, as we have what essentially amounts to a doubleheader this weekend. On Saturday afternoon, you have the UFC Fight Night event, with Bellator 266 starting later in the evening on Showtime. We will get to the UFC event in a separate article, but for now, we are turning our Read More

Posted: Monday, September 13, 2021 2:46, EDT
In the world of the UFC, we have become accustomed to Saturday night fights, but for the next little while, we need to add Tuesday’s to the calendar, too. We are in Season 5 of Dana White’s Contender Series, where we see up-and-coming fighters go head-to-head for a shot at a spot in the UFC. Whether they can stay there Read More

Posted: Monday, September 6, 2021 3:47, EDT
Anyone who decides to get into the fight game does so with the intention of one day becoming a champion. There are, of course, different levels of champion to be attained in the MMA, with a title at the UFC level currently the top of the totem pole. Getting to the UFC is a challenge in itself, while climbing to Read More

Posted: Friday, September 3, 2021 2:34, EDT
It’s back to Vegas we go for another UFC Fight Night, although this is one that hits much earlier than usual, with the main card set to begin at 1:30 PM EST. There are a total of 5 fights set to go on the main card, with a very good Middleweight bout sitting at the top of the list. It Read More