Mike Tyson: Boxing History and Upcoming News for the Fight

Mike Tyson: Boxing History and Upcoming Fight In the vast majority of professional sports, we begin to see athletes begin to decline once they hit their mid-thirties. There are, of course, exceptions to the rule, but for those who are able to contribute beyond that age, there is still limited playing time and the possibility of injuries being tougher to recover from with each passing year. 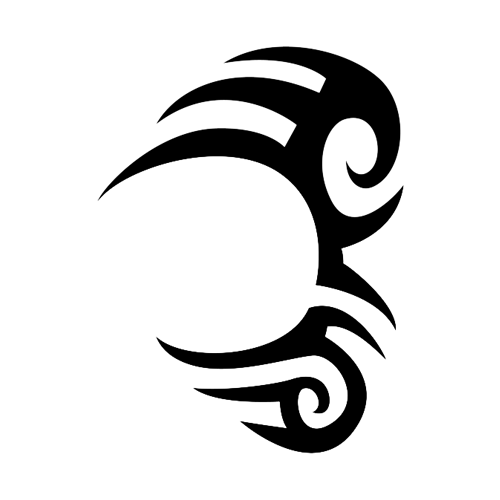 Boxers Jermall and Jermell Charlo fight on a double-card pay-per-view event on Saturday, Sep. 26. Called the Charlo Doubleheader, both fighters throw down in championship battles. Jermall takes on Sergiy Derevyanchenko for the WBC Middleweight title while Jermell steps into the ring versus Jeison Rosario in a junior middleweight unification bout. Check out information, analysis, and free picks for both Charlo championship fights so you can wager on their Boxing odds!

Undefeated Jermall Charlo has won 22 of his 30 fights either by knockout or technical knockout. Jermall brings some serious physical advantages into this one. He’s 6’0” with a 73 ½” reach while Derevyanchenko is 5’ 9” with a 67 ½” reach.

Sergiy is 13-2. He’s won 10 fights via knockout or technical knockout. But as you might expect, the tough Ukrainian must find a way to get to the taller, undefeated champion. Derevyanchenko is excellent at finding the angle on his opponents, though, which could prove very beneficial on Saturday night.

In his last fight, a unanimous decision loss to the great Gennady Golovkin in October, Sergiy came back from a Round 1 knockdown to press Triple G throughout the rest of the bout. He did so by winning angles and putting his body into position to land excellent shots to both the body and head.

Charlo fights differently than Gennady, though. If Jermall uses his jab, he can keep Derevyanchenko away and win this fight. But, there’s a catch. Sergiy throws more punches per round than any other fighter in the division. Jermall also won’t knock out Dervyanchenko because he’s got an excellent chin.

Sergiy is shorter but he’s one of the best technicians in boxing. If Jermall doesn’t get his way early, he could become disenchanted in the ring. That’s when Dervyanchenko ratchets up the pressure and pushes Charlo to make a mistake. The dog looks like he’s ready to bite in this championship bout.

Since losing to Tony Harrison in 2018, Jermell Charlo has bounced back with two big wins. First, he beat Jorge Cota via knockout in June 2019. Then, last December, he gained revenge over Harrison with a knockout victory. The 33-1 Jermell Charlo is slightly shorter than brother Jermall, measuring at 5’ 11”. He almost has the same reach at 73”.

Opponent Jeison Rosario is 20-1-1 with 14 knockouts. The Dominican Republic born boxer gives up 3-inches in reach. But like Sergiy Derevyanchenko in the fight against Jermall Charlo, Rosario has a chance to provide an upset win.

Jeison last lost in 2017. He’s won eight fights since then. The draw happened against Mark Anthony Hernandez back in February 2018. Rosario upset highly-regarded Julian Williams via a fight-round knockout in his last fight.

Charlo was very aggressive in the second fight against Tony Harrison. If he becomes too aggressive against Jeison, things could go south in a hurry. Jeison has power and showed great patience versus Williams. Although Jermall should beat Jeison, the odds don’t reflect Rosario’s true chances of winning this fight.

As Jermall comes in, Rosario will hit him with stronger punches than what Harrison threw. Also, Charlo slowed down in the middle rounds against Harrison in the last fight. If Tony hadn’t showboated in the eleventh, when Jermall ended the fight, Harrison may have lasted for a split-decision victory.

Jeison Rosario is up against it on Saturday, no doubt. But if he’s patient, lands some good shots as Charlo moves in, and remembers to keep his hands up on defense, he could pull off a major upset.

Posted: Friday, September 25, 2020 1:14, EDT
Boxers Jermall and Jermell Charlo fight on a double-card pay-per-view event on Saturday, Sep. 26. Called the Charlo Doubleheader, both fighters throw down in championship battles. Jermall takes on Sergiy Derevyanchenko for the WBC Middleweight title while Jermell steps into the ring versus Jeison Rosario in a junior middleweight unification bout. Check out information, analysis, and free picks for both Read More
0 comments

Posted: Thursday, September 24, 2020 4:13, EDT
One of the most devastating punches in boxing is the left hook. As you might expect, Mike Tyson had one of the best. But to throw the perfect left hook, which Tyson did many times, one must have excellent technique. Iron Mike’s left hook devastated opponents before he forgot feet placement and body movement. Check out why the young Mike Tyson’s Read More
0 comments

Posted: Friday, September 18, 2020 5:14, EDT
The Mohegan Sun Casino in Uncasville has become one of the top fight locations during the pandemic, and it will host another big event on Saturday night, September 19. The Premier Boxing Champions event will have 3 big fights on the main card, with the Lubin/Gashua super-welterweight title eliminator fight sitting at the top of the list. While this is Read More
0 comments

Posted: Friday, September 18, 2020 4:46, EDT
When most fight fans think of Mike Tyson, they remember the negative. No doubt, there are plenty of things Mike has done in his life that he regrets. But before Don King entered the picture, before Tyson turned into an angry young man that could bite off the ear of an opponent, Iron Mike was a young individual who looked Read More
0 comments

Posted: Thursday, September 17, 2020 1:28, EDT
When Iron Mike Tyson takes on Roy “Superman” Jones on Nov. 28, most will remember Mike as the dude that knocked out Zack Galifianakis in The Hangover movies. Some might remember that in the 1980’s there was an awesome fighter named Mike Tyson. Still others will recall the night invincibility died. That night was February 11, 1990 in the Tokyo Read More
0 comments

Posted: Friday, September 11, 2020 6:01, EDT
When we discuss what made Mike Tyson such a successful boxer, we often look towards speed, strength, and overall athleticism. Some of us discuss how Tyson threw power punches from a crouching stance ala Jack Dempsey. But few, if any boxing fans, consider the fact that Tyson utilized a style that his opponents hadn’t seen since the 1950’s or 1960’s. Iron Read More
0 comments

Posted: Friday, September 4, 2020 5:05, EDT
Most fighters are like Iron Mike Tyson. They choose a style from one of the greats and then emulate it. Mike Tyson chose his style from Jack Dempsey. Check out what Tyson learned from watching tapes of Dempsey that made Mike one of the greatest and most feared heavyweights of all time so you can start planning ahead your bets Read More
0 comments

Posted: Friday, September 4, 2020 3:05, EDT
Las Vegas is synonymous with big fight nights, and we have one of those set to go on Saturday night. Jamel Herring, the current WBO Super-Featherweight champion, will have his second defense of the title against Johnathan Oquendo. This is a fight that has been on the cards for a while, but a pair of positive coronavirus tests from Herring Read More
0 comments

Posted: Thursday, September 3, 2020 11:32, EDT
When Roy Jones Jr. steps into the ring to take on legendary heavyweight champ Iron Mike Tyson, most boxing fans will remember how Superman dominated his opponents in the early to late 1990’s. But those of us who watched Olympic Boxing in the 1980’s remember Jones for the most egregious gold medal non-decision in history. Roy Jones Jr. was a Read More
0 comments

Write a Review All Reviews