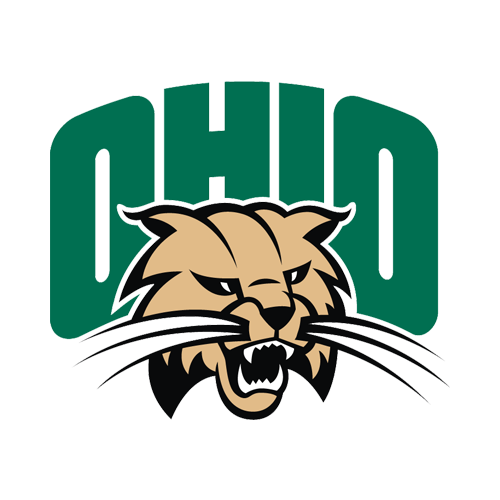 We have college football on Wednesday this week with a whopping six games as the Mid-American Conference makes it season debut with every team in action – otherwise known was weekday MACtion. The marquee matchup is likely Ohio vs. Central Michigan, both bowl teams last year.

What to Know | 2020 NCAA Expert Analysis

Back in early August, the MAC became first FBS conference to opt not to play this fall and that triggered a major domino effect. However, with the likes of the Big Ten and Pac-12 deciding to change their minds and play this fall, the MAC followed suit. It’s a six-game each, league-only schedule that will feature only midweek games for the first three weeks.

All 12 MAC teams open the season Wednesday, and then play their next two games on Tuesdays or Wednesdays before transitioning to Saturdays for the final three weeks. Each team will play five division opponents and one crossover opponent in Week 1.

The schools are in opposite divisions so they don’t play annually. They last did in 2017 and Central Michigan won 26-23 at Ohio.

The Bobcats have the biggest-game coach in the MAC in Frank Solich, once the head coach at Nebraska. Solich owns a career coaching record of 171-100. His 171 wins rank as the fourth most among active NCAA FBS head coaches.

Solich is the winningest head coach in MAC history with 113 overall victories while his 75 conference-only wins rank second to former Central Michigan head coach Herb Deromedi’s 90. His 16 years of service match Deromedi’s (1978-93) for the most in MAC history. Ohio is 113-81 during the Solich era. His 113 victories are the second-most in program history behind Don Peden (121; 1924-46). Ohio has gone 75-45 in conference play since Solich’s arrival in Athens in 2005.

The Bobcats recorded their fifth-straight winning season and 11th under Solich with a seven-win campaign in 2019, wrapping up the year with a 30-21 victory over Nevada in the Famous Idaho Potato Bowl to record their program-record third-straight bowl win.

It’s not clear who will start at QB on Wednesday. The Bobcats operated under three-time All-MAC quarterback Nathan Rourke the past three seasons, and now Ohio must turn to a new face. Former UNLV quarterback Armani Rogers, who started 18 games for the Rebels from 2017-19, transferred to Ohio. He has 2,465 passing yards, 1,549 rushing yards, 18 passing touchdowns, and 18 rushing touchdowns in his college career. Rogers’ primary competition for the starting spot is Kurtis Rourke, younger brother of Nathan.

Central also has a pretty well-known head coach in Jim McElwain, formerly of Florida and Colorado State. McElwain inherited a program that won one game in 2018 and transformed it immediately into a winner, leading CMU to an 8-6 record in 2019. The seven-win improvement was the best among Football Bowl Subdivision programs in 2019.

McElwain lived up to his reputation as an offensive mastermind as the Chippewas nearly doubled their 2018 yardage total and scored 426 points, a 246-point improvement over the previous season. Running backs Jonathan Ward and Kobe Lewis both surpassed 1,000 yards rushing, marking the first time in school history that two players reached the 1,000-yard milestone in the same season.

The Chippewas won the MAC East Division last year but lost to West Division champion Miami of Ohio 26-21 in the conference championship game. A Hail Mary by CMU fell incomplete on the final play of the game. Central Michigan then lost to San Diego State 48-11 in the New Mexico Bowl.

There are 11 starters due back for CMU, six on offense and five on defense. One of those returning starters is QB David Moore, but he won’t start Wednesday because he was suspended following a positive test for an NCAA-banned substance on Oct. 7, 2019. Moore appeared in six games, four of them starts, a year ago and completed 57 percent of his passes for 1,143 yards and five touchdowns.

“(Brock) is also able to do some things that the others can’t do with his feet,” McElwain said. “He gives us very unique options when he’s in there.”

Posted: Monday, November 2, 2020 4:53, EST
We have college football on Wednesday this week with a whopping six games as the Mid-American Conference makes it season debut with every team in action – otherwise known was weekday MACtion. The marquee matchup is likely Ohio vs. Central Michigan, both bowl teams last year. How to Bet Ohio at Central Michigan NCAA Football Odds & TV Info When: Read More
0 comments

Posted: Thursday, January 2, 2020 10:25, EST
Just one bowl game on Friday this week and it’s from the blue turf in Boise as Ohio University of the Mid-American Conference faces Nevada of the Mountain West in the Famous Idaho Potato Bowl. The Bobcats are more than TD favorites on the Mybookie NCAAF odds. How to Bet Ohio vs Nevada Potato Bowl Spread & Game Info When: Read More
0 comments

Posted: Wednesday, December 20, 2017 8:25, EST
Let’s be honest here: How much do you think the players on either UAB or Ohio University care about playing football on Friday considering they are in the Bahamas Bowl? Get the game over with and head to the beach! Ohio is a College Football odds favorite in the only bowl that takes place outside the USA. 2017 Bahamas Bowl Read More
0 comments


Sports in the State of Ohio