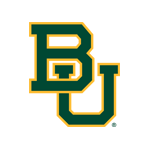 Played under the Copper Bowl moniker from 1989 until 1996, the annual Cactus Bowl was originally played in Tucson at Arizona Stadium, before moving to Chase Field in Phoenix in 2000 and then to Sun Devil Stadium in Tempe in 2006.

The game was played under its original name, the Copper Bowl, from 1989 until 1996 when the bowl organization sealed a deal with Insight Enterprises, which kept the naming rights until 2012, when Buffalo Wild Wings agreed to sign a new deal. Buffalo Wild Wings declined to renew sponsorship following the 2013 game, but instead of reassuming the Copper Bowl name, the organizers opted to name the game the Cactus Bowl. The name belonged to a Division II postseason all-star game held in Texas from 2001-2011. In 2014, game sponsor TicketCity secured the naming rights for the game. For 2015, Motel 6 acquired the title sponsorship.

West Virginia failed to cover the college football betting line as a 3-point favorite while the game’s 85 combined points played well over the 62.5-point Over/Under total.