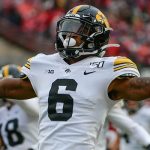 If you think the college football season has been great to this point, it might just be about to get even better in Week 8. The Big 10 teams are coming to play this weekend, but the top teams in that conference have some catching up to do, as Alabama and Clemson look to be the ones to beat this season. 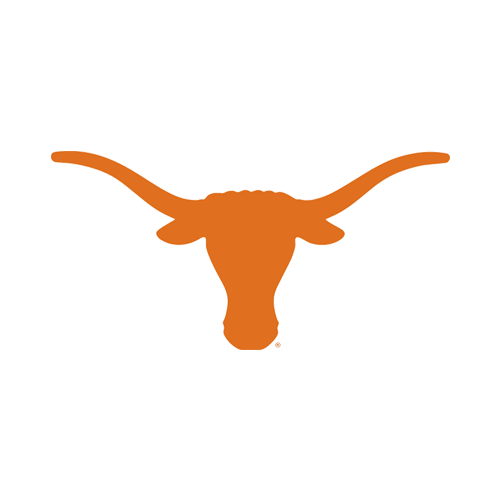 Sam Ehlinger considered leaving Texas for the NFL last season but opted to return for his senior season, and he might be the best returning quarterback in the Big 12. Here are two props available to wager at Mybookie on Ehlinger’s Heisman Trophy chances and Texas’ 2020 college football season – assuming there is one – and an overview.

In his freshman season with the Longhorns in 2017, Ehlinger split playing time with quarterback Shane Buechele, playing in nine games and compiling a 2-4 record as a starter.

The next year, though, Ehlinger started every game and has never looked back. As a sophomore in 2018, he was 275-of-425 for 3,292 yards and 25 touchdowns to just five interceptions while adding 16 rushing touchdowns, the most ever by a Longhorn quarterback. His 41 touchdowns responsible for are second-most in school history, behind only Colt McCoy (45 in 2008).

Ehlinger became the first player in UT history to pass for at least 25 touchdowns and rush for at least 15 in a season, and his 3,292 passing yards were the fifth-most in school history for a single season. He set a Big 12- and school-record with 308 consecutive passes without an interception in 2018

Last year, UT was a modest disappointment at 8-5 but did end strong with a 38-10 upset of No. 11 Utah in the Alamo Bowl. Ehlinger completed 12-of-18 passes for 201 yards and three touchdowns against a very good Utes defense. He completed 67 percent of his passes while rushing for 73 yards and a touchdown. Ehlinger blistered the Utah secondary to the tune of 11.2 yards per attempt en route to a 438-to-254 advantage in total yards.

Overall, Ehlinger was 296-of-454 for 3,663 yards and 32 touchdowns and rushed for 663 yards and seven touchdowns on 163 carries. He accounted for 4,326 yards of total offense (2nd in school history) and 39 total touchdowns (3rd) this season. He was a semifinalist for the Maxwell Award, Davey O’Brien Award, Wuerffel Trophy and Earl Campbell Tyler Rose Award.

As noted above, Ehlinger did ponder declaring for the NFL Draft, submitting his name to the NFL College Advisory Committee for feedback on his draft “stock.” Apparently, Ehlinger didn’t hear what he was hoping for. There hasn’t been a single quarterback out of the Longhorns program that was even selected on day two of the NFL Draft since 2010, when McCoy was picked up by the Cleveland Browns.

That there was no spring football might have helped Ehlinger as he aggravated a rib cartilage strain while working out this winter. If there’s one ding on Ehlinger’s resume it’s that he is currently 1-3 all-time against rival Oklahoma with a dramatic win in 2018 under his belt. He has performed well in the game, though, throwing just one interception in four meetings.

Ehlinger is making sure he’s staying ready and preparing as if there will be a season that starts on time in the midst of the coronavirus pandemic. His day starts at 6:30 AM, he goes to the garage and lifts from about 7 a.m. to 8:30 a.m. He follows that up with either team meetings online or does some recovery work, then finishes the morning usually with some running. Ehlinger says he’s in class from about 12:30-3:15, and usually wraps up his day by going back outside and throwing the football with his brother.

“If everybody is preparing the way we should be preparing on our own, at our houses, we should be ready whenever we get the call that says we’re allowed back in the facility,” says Ehlinger.

Texas opens the season Sept. 5 at home vs. South Florida. Texas will play USF $1.9 million. It’s the largest single-game cash guarantee in USF history.  The initial deal, negotiated by former USF athletic director Mark Harlan, called for USF to play in Austin in ’20 and ’24, with the Longhorns coming to Tampa on Sept. 3, 2022. But Texas opted out of the last two games.

Posted: Wednesday, May 20, 2020 3:18, EDT
Sam Ehlinger considered leaving Texas for the NFL last season but opted to return for his senior season, and he might be the best returning quarterback in the Big 12. Here are two props available to wager at Mybookie on Ehlinger’s Heisman Trophy chances and Texas’ 2020 college football season – assuming there is one – and an overview. Sam Read More
0 comments

Posted: Monday, December 30, 2019 8:09, EST
The Utah Utes will look to cap off their fantastic campaign in style when they take on a Texas Longhorns team that has been wildly inconsistent this season despite beginning the season ranked a now, laughable 10th in the preseason rankings. Now,with Utah looking to finish with a win and Texas looking to record consecutive victories, let’s find out which Read More
0 comments

Posted: Tuesday, November 26, 2019 1:01, EST
A great rivalry game takes place on Friday when the Texas Tech Red Raiders battle the Texas Longhorns. The game takes place at Royal-Memorial Stadium in Austin. Will the Longhorns try to salvage a disappointing season with a win over the Red Raiders? Will Texas Tech end their season with a great cover performance? Check out the college football odds, Read More
0 comments

Posted: Thursday, November 21, 2019 8:12, EST
The national tile hopes for No. 13 Baylor ended last week in blowing a big lead and losing to Oklahoma, but the Bears can earn a spot in the Big 12 title game – opposite the Sooners – with a win Saturday as a Mybookie NCAAF betting favorite against now-unranked Texas. How to Bet Texas vs Baylor College Football Week Read More
0 comments

Posted: Wednesday, November 6, 2019 10:02, EST
Both No. 20 Kansas State and Texas are 3-2 in the Big 12, meaning the loser Saturday in Austin probably has no chance to reach the conference title game. The Longhorns are nearly touchdown NCAAF betting favorites at Mybookie. How to Bet Kansas State vs Texas College Football Week 11 Spread & Game Info When: Saturday, 3:30 PM ET Where: Read More
0 comments

Posted: Thursday, October 24, 2019 2:03, EDT
As you look across the landscape of the Power 5 Conferences, you see several battles that look destined to go all the way down to the wire. Teams that are sitting unbeaten are not going to stay that way till the end, as they still have games with other unbeaten teams in their future. The first 8 weeks of the Read More
0 comments

Posted: Friday, October 18, 2019 3:51, EDT
The college football season is strange in that two losses is usually enough to take a team out of the running for everything but a bowl game. Then again, it depends how those losses came about. If they were in non-conference games, that 2-loss team can still find their way to a Conference Championship Game, even though the playoffs will Read More
0 comments

Posted: Tuesday, October 8, 2019 10:36, EDT
The Red River Rivalry takes place this Saturday, Oct. 12. Texas only has a single loss on their record. Oklahoma has played like one of the top 4 teams in the nation. Will the Texas Longhorns upset the Oklahoma Sooners at the Cotton Bowl in Dallas on Saturday? Or, will Oklahoma continue to show why they belong in the College Read More
0 comments

Posted: Thursday, October 3, 2019 2:25, EDT
The 12th-ranked Texas Longhorns will be looking to give their New Year’s Day bowl hopes a big shot in the arm when they hit the road to take on the West Virginia Mountaineers in their Week 6 Big 12 battle on Saturday. With both of these teams sitting at 3-1 and looking to give their conference championship hopes a big Read More
0 comments