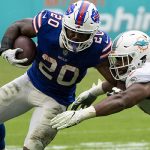 The Eagles was unable to capitalize on a strong first-half that doomed them in a 17-11 loss to the 49ers, as the offense struggled to put points on the board despite moving the ball fairly well throughout the game. Garoppolo led the 49ers on a 12-play, 97-yard drive late in the first half to give San Francisco a surprising 7-3 halftime lead, capped by an 11-yard pass to Jauan Jennings just 12 seconds before halftime.

Posted: Sunday, September 19, 2021 11:57, EDT
San Francisco 49ers vs Philadelphia Eagles Score NFL Week 2 Result | NFL Betting Odds & Scores The Eagles was unable to capitalize on a strong first-half that doomed them in a 17-11 loss to the 49ers, as the offense struggled to put points on the board despite moving the ball fairly well throughout the game. Garoppolo led the Read More

Posted: Thursday, September 16, 2021 4:56, EDT
A couple of NFL Week 1 winners throw down when Jalen Hurts and the Philadelphia Eagles host Jimmy Garoppolo and the San Francisco 49ers. Both teams’ offenses impressed in their first games of the season. Will the 49ers cover as a road dog? Or will Philadelphia continue to show why preseason naysayers were wrong? Keep reading for NFL odds, analysis, Read More

Posted: Wednesday, September 15, 2021 4:51, EDT
Strange as it may seem, Week 2 of the season is viewed by many as an important one. There are all kinds of historical statistics about teams failing to make the playoffs after getting out to an 0-2 start, so for the teams who lost in Week 1, this weekend is big. That said, the current setup in the NFL Read More

Posted: Wednesday, September 8, 2021 6:58, EDT
Both the Philadelphia Eagles and Atlanta Falcons had losing records in 2020 and both made head coaching changes this offseason: Nick Sirianni takes over in Philly and Arthur Smith in Atlanta. One will get his first win Sunday as the Falcons are home NFL betting favorites over the Eagles. Philadelphia Eagles vs Atlanta Falcons Preview | NFL Betting How to Read More

Posted: Monday, August 30, 2021 10:29, EDT
Last week, we released the NFL underdogs to bet in Week 1. This week, it’s all about NFL Week 1 betting favorites. After much handicapping, we’ve settled on the chalk in five Week 1 games: Tampa Bay versus Dallas, Tennessee versus Arizona, Denver on the road agianst the Giants, San Francisco against the Lions, and the Falcons hosting the Eagles. Read More

Posted: Wednesday, August 25, 2021 4:20, EDT
The Philadelphia Eagles were interested in potentially drafting QB Zach Wilson this year, but the New York Jets took him at No. 2 overall. Now, the Eagles get to see what they might be missing as they visit the Jets to conclude the teams’ NFL preseason schedules on Friday. The Jets are favored on the NFL odds. How to Bet Read More

Posted: Wednesday, August 18, 2021 12:08, EDT
After a week of joint practices, the New England Patriots and Philadelphia Eagles will face off at Lincoln Financial Field in Philadelphia for a Saturday night affair. This will be the 24th time that these two squads have met in the preseason, with the Patriots leading the series 13-10. These two haven’t met in the preseason since 2018, and in Read More

Sunday, January 6 2019
No. 6 Philadelphia defeated No. 3 Chicago |16 – 15 in Chicago | Defending Super Bowl Champions Philadelphia Eagles being the lowest ranked team left in the NFC will Face off with Drew Brees and the Division Winning Saints next Sunday.