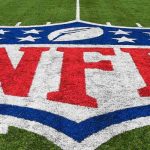 Since the NFL playoffs expanded to 12 teams in 1990, at least four new teams have made the postseason each year. Here are four that missed out in 2020 that could play extra football this winter along with their NFL odds to make/miss the playoffs.Odds & Predictions NFL Playoffs 2021Cincinnati Bengals (+350 make playoffs | -550 miss)Cincinnati finished 4-11-1 last year but surely would have won at least a few more games if last year’s No. The Los Angeles Rams were one of the big winners of the early NFL offseason by upgrading at quarterback in trading Jared Goff for the Detroit Lions’ Matthew Stafford in a deal of former No. 1 overall picks. That made the Rams NFC West favorites on the NFL odds, but the team recently got bad news about another key offensive player.

The Rams signed Goff to a four-year, $134 million extension that included $110 million in guarantees after their Super Bowl LIII appearance but Goff regressed big time since. Over the past two seasons, Goff turned the ball over 38 times, the second-most turnovers in the NFL over that span.

However, the Rams got terrible news recently in good-looking young running back Cam Akers tore his Achilles’ tendon and will miss this season. Akers was expected to be the focal point of the Rams’ running game this season after his breakout rookie campaign, when he averaged 113.1 yards from scrimmage over the final seven games, including the postseason. In 13 regular-season games total, Akers was the Rams’ leading rusher with 625 yards and two touchdowns on 145 carries. He also caught 11 passes for 123 yards and a touchdown.

Darrell Henderson Jr. likely will be the main guy now at tailback. Last season Henderson played in a running back committee with Akers and veteran Malcolm Brown, rushing for 624 yards and five touchdowns on 138 carries and catching 16 passes for 159 yards and a touchdown.

Defensively, the Rams have the best player in the NFL in tackle Aaron Donald, who won a record-tying third Defensive Player of the Year Award in 2020. Donald generated an NFL-high 76 quarterback pressures, including playoffs, per Next Gen Stats. He finished second in sacks with 13.5. He finished fourth in sack-rate (2.9%) among all players with at least 200 pass-rush snaps, including playoffs.

L.A. also has one of the league’s top defensive backs in Jalen Ramsey. He was a true shutdown cornerback last year, taking away everyone from DK Metcalf to DeAndre Hopkins to Allen Robinson. In doing so, he was a first-team All-Pro and Pro Bowler. ESPN’s Jeremy Fowler polled NFL executives, coaches, scouts and players to find out who’s viewed as the top corner in the league and Ramsey was the winner.

Arguably the biggest loss from the 2020 Rams, who finished 10-6 and won a wild-card game in Seattle before losing a divisional round game in Green Bay, was defensive coordinator Brandon Staley, now the head coach of the Chargers. Staley had been with the Rams only one season but led the Rams defense to be the best in the NFL, ranking first in total defense, first in scoring defense, first in pass defense and third in rush defense.

Los Angeles Rams face a difficult choice: do they trade down from their No.31 pick, or keep their first-round selection for the first time in two years? Of course, trading down has worked them in the past by signing Jared Goff and Brandin Cooks.

There are already teams looking to trade up with the Rams, and, since at No. 31 means, you aren’t necessarily getting the pick-of-the-litter. Don’t take the idea of the Rams trading their first-round spot for the third year in a room. With last year’s trip to the Super Bowl, and back-to-back NFC West titles, this team is on the hunt for depth to help this hungry team get to the Super Bowl again in 2020.

Saturday, January 12 2019
No. 4 Dallas eliminated by No. 2 Los Angeles Rams | 22 - 30 in Los Angeles | Todd Gurley and the LA Rams run all over Dallas, all the way into the New Orleans and the NFC Championship Game for the first time in 17 years.

Sunday, January 20 2019
NFC Championship Game, No. 2 Los Angeles Rams defeated No. 1 New Orleans | 26 - 23 in New Orleans | Controversial final no call leads the Los Angles Rams into the Super Bowl 53, with a 3 point over time victory over the Saints, the first time in history both AFC & NFC championships have ended in over time (OT).