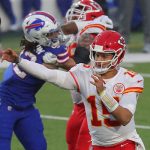 As we head into Week 7 of the NFL season, we have some clear Super Bowl favorites beginning to emerge. As we all know, though, things can change quickly in the league, which makes you wonder how these rankings will look 10 weeks from now. All we can do for the moment is look at what teams have already done, as the future will take care of itself. 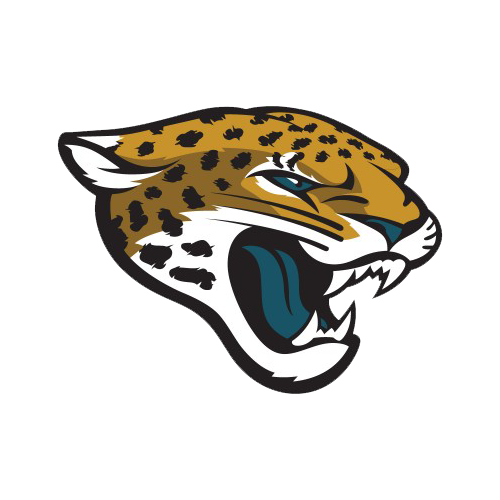 It was another wild weekend in the NFL, as we saw a pair of unbeaten teams fall to their first loss of the season. The Titans beating the Bills on Tuesday night was not altogether surprising, but seeing the La Vegas Raiders take down the Kansas City Chiefs was an absolute shocker. In other stunning developments, the Dallas Cowboys have lost Dak Prescott for the season after the QB went out with an absolutely gruesome injury. If you haven’t seen the video of it, do yourself a favor and skip it. As you can see, Week 5 was a crazy one, but we can probably expect more of the same as the season continues. We are now going to jump ahead to Week 6 to make some picks. For this piece, we are focusing on SU selections, but we will also have ATS and O/U picks coming your way. Let’s have a closer look at our SU picks so you can bet on their NFL odds.

Look back at the recent history of these two teams and you are not going to see a lot to like in terms of picking up wins. They are a combined 2-7 SU this season and both look like teams that are likely to be propping up their respective divisions. One of them has to win here, though, so it’s just a matter of trying to figure out which of these teams has the better pieces. At the end of the day, this will come down to a battle of the QB’s, which is where things swing in the favor of the Detroit Lions. While Gardner Minshew in Jacksonville is a cool story, it is Matthew Stafford who is far and away the better of the QB’s here. I think we see a lot of scoring and a close game, but I am on the Lions.

As you can see from our first two picks, there are some seriously poor matchups on the schedule this week, but also some opportunities to picks winners at decent odds. The New York Giants are an absolute nightmare this season, both because of injuries to their best players and because they are lacking in talent in most of the skill positions. It’s not much better in Washington, as this is a team with a serious QB issue. Dwayne Haskins has been benched in favor of Kyle Allen, who was forced out of last week’s game with an injury. That brought Alex Smith up, which was a great sight considering many thought he would never play again. This game might not produce much offense, but I am leaning toward the underdog and going with Washington.

If we were to have a discussion about which team is currently the best in the league based on what we have seen thus far, the Green Bay Packers would get a lot of votes. Aaron Rodgers has looked sensational in leading his team to a perfect 4-0 record, while Tom Brady and the Bucs have yet to show the level of consistency required to make a serious run at a Super Bowl. The Packers are just 2-7 SU in their last 9 visits to Tampa Bay, but this somehow feels different. Green Bay should be refreshed and ready to go after a bye week, and while Tampa is stout against the run, they still need to find a way to shut down Rodgers. Packers to win.

Posted: Wednesday, October 14, 2020 3:56, EDT
It was another wild weekend in the NFL, as we saw a pair of unbeaten teams fall to their first loss of the season. The Titans beating the Bills on Tuesday night was not altogether surprising, but seeing the La Vegas Raiders take down the Kansas City Chiefs was an absolute shocker. In other stunning developments, the Dallas Cowboys have Read More
0 comments

Posted: Sunday, October 11, 2020 11:06, EDT
Jacksonville Jaguars vs Houston Texans Score NFL Week 5 Result | NFL Betting Odds & Scores The Jacksonville Jaguars losing streak for the 2020 season continued, as did their losing streak against the Houston Texans, which dates back to Week 1 of 2017. Deshaun Watson threw for a season-high 359 yards and three touchdowns and the Texans got their Read More
0 comments

Posted: Tuesday, October 6, 2020 4:48, EDT
Week 4 of the NFL season was a bit of a strange one, with a game postponed due to COVID concerns, while another was moved to Monday night. We also saw the first coach fired this season, with Bill O’Brien getting canned after leading the Houston Texans to an 0-4 start to the year. We always expected this season to Read More
0 comments

Posted: Tuesday, September 29, 2020 5:10, EDT
There is still a lot of football to be played before we get to the end of the season, but after the opening 3 weeks of the year, some clear favorites have emerged. It is worth keeping in mind, though, that we see teams make a fast start every year, but it is not all of them who can maintain Read More
0 comments

Posted: Thursday, September 24, 2020 11:21, EDT
Miami Dolphins vs Jacksonville Jaguars Score NFL Week 3 Result | NFL Betting Odds & Scores Not only did the Jaguars look like the young and inexperienced squad on Thursday night, but they also dropped to 1-2 after a disappointing loss at home to the Miami Dolphins. Ryan Fitzpatrick passed for two touchdowns and rushed for one to help Read More
0 comments

Posted: Wednesday, September 23, 2020 2:43, EDT
The first few weeks of the NFL season are always tough on bettors, as it often takes teams some time to get into a groove and deliver their best work. With no preseason games to lean on this year, we are seeing it become even more difficult. Players are dropping like flies with injuries, while we are seeing surprise results Read More
0 comments

The Jaguars are less than a week away from the largest event of the NFL offseason. The Jags have a newly signed quarterback Nick Foles, and are eager to gain new additions to their roster.

In recent press events, the Jaguars have announced that they will be selecting the best available pick, however, this doesn’t happen often. Currently, the Jags are needing to fill a position, rather than just pick a BAP. The Jaguars need to solidify their tight end if they wants hopes of a better than average season. If Jacksonville continues their best available pick philosophy, things might take a turn for the worst this season.