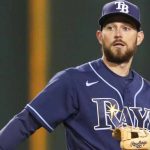 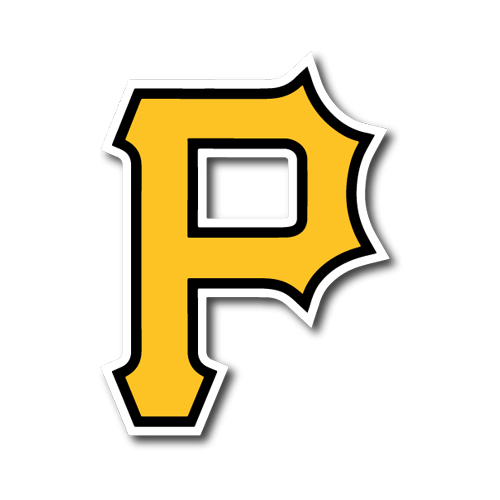 It’s two teams with very different motivations facing off from the NL Central on Thursday as the Cubs may have the division title wrapped up by game-time but still are trying for the NL’s second seed. The Pirates, meanwhile, are the worst team in baseball and looking ahead to the offseason.

How to Bet Cubs at Pirates MLB Odds & TV Info

It has been a disastrous season for Cubs third baseman and ex-NL MVP Kris Bryant and it got worse on Monday in Chicago’s 5-0 win in Pittsburgh. Bryant was removed from the game shortly after experiencing tightness in his lower right oblique following a swing-and-miss in the top of the second inning. He was able to finish that at-bat, but David Bote entered to play third base in the bottom of the

“I’m worried, but I don’t know,” Manager David Ross said afterward. “I definitely feel like it’s frustrating. He was pretty emotional [in the clubhouse]. It’s a unique year and he’s dealt with a lot.”

Bryant has had a myriad of smaller injuries over the past few years. He was out for 13 straight games at the end of August with a sprained left ring finger and ailing left wrist. He’s also dealt with left elbow soreness this season and back stiffness in preseason. The starts and stops to his season haven’t helped his production as he’s hitting .195 with five RBIs in 32 games. Bryant ranks 39th out of 42 major-league third basemen with a 62 wRC+ (minimum of 100 plate appearances).

Despite his uncharacteristic struggles this year, the Cubs obviously still want Bryant in their lineup on a daily basis. Playing at 50% strength isn’t going to help the Cubs and could end up causing even more physical damage that will only add to his overall recovery time.

It’s Alec Mills (5-4) on the mound and he had one of the most unlikely no-hitters in MLB history on Sept. 13 at Milwaukee. Mills was a walk-on at Tennessee-Martin and had been cut by the Royals. He never had had a complete game in the big leagues before that outing.

Last time out, Mills yielded four runs over six innings on Saturday in a loss to the Twins. Mills coughed up six hits, including a pair of solo homers. He finished with seven strikeouts and only walked one batter. The 28-year-old righty has emerged as an essential member of the Cubs’ starting rotation, recording a 4.14 ERA, 1.07 WHIP and 44/18 K/BB ratio across 58 2/3 innings (10 starts) this season.

This is Pittsburgh’s final home game of the year.

The Pirates at least will pick first in the 2021 Amateur Draft after this terrible season. Vanderbilt pitchers Kumar Rocker and Jack Leiter are already being discussed as potential early first-rounders while Texas-based shortstop Jordan Lawlar is the top prep player on draft boards. The Pirates have held the No. 1 pick four times previously, using them to select Jeff King in 1986, Kris Benson in 1996, Bryan Bullington in 2002, and Gerrit Cole in 2011.

The Pirates have used a total of 48 different players this season; only Miami (61), Seattle (49) and Toronto (49) have used more. Pittsburgh used a club-record 55 different players in 2016. Overall this season, the Bucs have lost a Major League-high 14 games by one run (six have come in September). As of Tuesday, the Bucs have been held to five runs or less in 19 straight games since beating the Cubs, 6-2, on 9/3 at PNC Park.

It’s scheduled to be Chad Kuhl (1-3) on the mound Thursday. Kuhl gave up four runs — one earned — in five innings in a loss to the Cardinals in the second game of a doubleheader last Friday. Kuhl limited the Cardinals to one run through five innings before things fell apart in the sixth.

Everything kind of snowballed,” manager Derek Shelton said. “It was an ugly inning.”

He was pulled with the bases loaded after walking two batters and another batted reached on catcher’s interference. “So I start that inning with two strikeouts and we have guys on first and second somehow,” Kuhl said. “It’s just kind of an unfortunate, weird start to a really weird inning.”

All three baserunners would come around to score after Chris Stratton entered the game. Kuhl still delivered a solid effort after blister issues cut short his previous start, throwing 53 of 87 pitches for strikes, and he’ll take a 5.03 ERA, 1.47 WHIP and 39:25 K:BB over 39.1 innings into his final outing of the season.

Kuhl last faced the Cubs on Sept. 1 and surrendered four runs — three earned — in four-plus innings. For some reason, Kuhl was sent out to start the fifth, only to be pulled after giving up a single to Kris Bryant.

Posted: Wednesday, September 23, 2020 9:32, EDT
It’s two teams with very different motivations facing off from the NL Central on Thursday as the Cubs may have the division title wrapped up by game-time but still are trying for the NL’s second seed. The Pirates, meanwhile, are the worst team in baseball and looking ahead to the offseason. How to Bet Cubs at Pirates MLB Odds & Read More

Posted: Wednesday, September 16, 2020 11:36, EDT
The St. Louis Cardinals could be short on pitching Thursday when they open a series at NL Central doormat Pittsburgh because the Cards will have played two doubleheaders already this week as they try and catch the Cubs in the NL Central. How to Bet Cardinals at Pirates MLB Odds & TV Info When: Thursday, 7:05 PM ET Where: PNC Read More

Posted: Monday, August 31, 2020 12:16, EDT
One Chicago team, the White Sox, already has no-hit the terrible Pittsburgh Pirates this season. Could the Cubs’ Jon Lester follow suit on Tuesday in a series opener between the first- and last-place teams in the NL Central? Obviously very unlikely, but the Cubs will be favored on the MLB odds. How to Bet Cubs at Pirates MLB Odds & Read More

Posted: Monday, August 3, 2020 12:55, EDT
The Pittsburgh Pirates were projected as one of the NL’s worst teams this season and have been so far. The Minnesota Twins were projected as one of the AL’s best teams and look the part. The teams open a two-game set in the Twin Cities on Monday with the Twins heavily favored on the baseball betting odds. There won’t be Read More

Posted: Wednesday, July 22, 2020 9:56, EDT
The worst team in baseball this season could well be the Pittsburgh Pirates after they traded away one of their best players in outfielder Starling Marte in a salary dump this offseason. The rebuilding Bucs will be underdogs in just about every game and are Friday when they open the season in St. Louis. How to Bet Pirates at Cardinals Read More

Posted: Thursday, March 19, 2020 9:34, EDT
If life had carried on as normal, we would now just be a matter of days away from the start of the new MLB season. As it stands now, though, we don’t really have a clear idea of when opening day will finally arrive. The most recent guesses are that we are looking at the middle of May before we Read More

Posted: Wednesday, August 21, 2019 10:45, EDT
No team is playing better baseball than the Washington Nationals at the moment. They figure to continue rolling on Wednesday playing at a Pittsburgh team that has basically quit on the season. The Nats are favored on the MLB Odds. How to Bet Nationals at Pirates MLB Odds & TV Info When: Wednesday, 7:05 PM ET Where: PNC Park Probable Read More

Posted: Tuesday, August 13, 2019 3:48, EDT
In a season as short as the a6 games in the NFL, it is often easy to pinpoint exactly when things went sour for a team. That’s a little tougher to see over the course of a 162-game season, especially when you consider that every team in the league goes through a series of ups and downs during the regular Read More

Posted: Wednesday, August 7, 2019 10:30, EDT
The ESPN Wednesday night game of the week this week is an NL Central affair as the Milwaukee Brewers visit the Pittsburgh Pirates. The MLB Odds are up in the air because the Brewers have yet to officially name their starting pitcher. How to Bet Brewers vs Pirates MLB Lines & Game Info When: Wednesday, 7 PM ET Where: PNC Read More