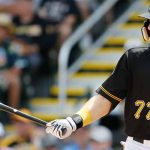 Because the 2020 Major League Baseball regular season was only 60 games, it wasn’t a 100 percent certainty that the 2021 draft order would be set in reverse order of the 2020 records, but in the end that will be the case with the Pittsburgh Pirates “earning” the top overall pick. The draft is scheduled to be held July 11-13 in conjunction with the All-Star Game festivities in Atlanta. 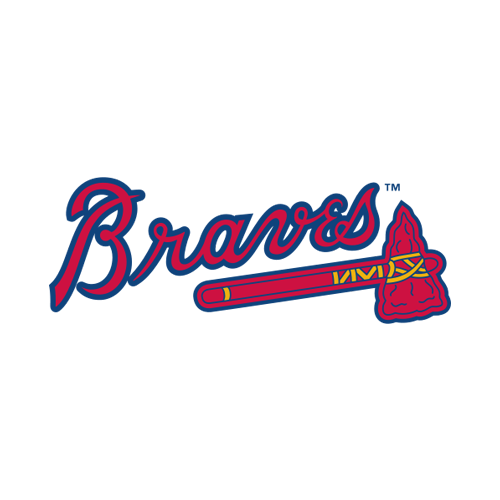 The Atlanta Braves will be the “home” team on Wednesday evening for Game 3 of the National League Championship Series against the Los Angeles Dodgers from the neutral-site Globe Life Park in Arlington, Texas. The Braves would take control of the series with a win.

How to Bet Dodgers at Braves MLB Odds & TV Info

The Dodgers’ rotation is a bit in shambles for this series. In Game 1, Walker Buehler didn’t go very long, allowing one run on three hits and five walks over five-plus innings in Atlanta’s 5-1 win. Tom Verducci revealed on the broadcast that Buehler is dealing with blisters on not one, but two, of the fingers on his right hand, and it showed in the career-high five free passes. Buehler has had blister problems much of this season.

Three-time Cy Young winner Clayton Kershaw was to start Game 2, but he was scratched with back spasms – something that has affected him a few times over the years. Tony Gonsolin, who was a possibility to start Game 3, took Kershaw’s place. It’s possible that Kershaw could be ready for Game 4.

Thus, it should be lefty and former top pitching prospect Julio Urias in Game 3. Urias gave up just an unearned run over five innings to get a win last Thursday in Game 3 of the NLDS against the Padres. The Dodgers started Dustin May, but it turned out to just be an “opener” situation, as he went just an inning. Adam Kolerek allowed two runs in the second while getting two outs, and the Dodgers turned to Urias.

“That was just a gutty, gutty outing by Julio,” third baseman Justin Turner said. “It doesn’t surprise us. He’s a bulldog out there. When he’s on the mound, he competes as good as anyone. For him to go out there and shut down, essentially, a really good lineup the way he did … he was outstanding. He doesn’t scare off, man. He doesn’t shy away from the big moment, and you could definitely see that out there.”

The 24-year-old has been used as a multi-inning reliever out of the bullpen this postseason, firing eight innings without allowing an earned run while posting an 11/1 K/BB ratio.

His season changed on Sept. 17 vs. Colorado as Urias toed the rubber in a new way. Gone was the short leg kick, turn and windup. Urías started from the stretch and was more deliberate. Since that point, Urías has had better command and has been dominant — particularly in the postseason. Over the past four games, including playoffs, his opponents’ .323 OPS is lower than any four-game run this season by Trevor Bauer (.333), Shane Bieber (.407), Yu Darvish (.468) or Jacob deGrom (.476).

The Braves had to make a change to their roster before Game 2 as they removed outfielder Adam Duvall, meaning he can’t play again in the playoffs. Duvall suffered a strained left oblique muscle during a swing in Game 1 on Monday. Infielder Johan Camargo was added to the roster as a utility option for Brian Snitker.

Duvall had 16 home runs this season, tied for third most in the NL, but was just 2-for-20 in the playoffs this year. Duvall went wild in September with 11 homers and put together a strong season with a 116 wRC+ overall. He was replaced Monday by 21-year-old outfield prospect Cristian Pache. Camargo struggled to the tune of a .200/.244/.367 batting line over 127 plate appearances, but he brings some versatility.

Kyle Wright will get the call on the mound in Game 3. Wright threw six scoreless innings as the Braves beat the Marlins 7-0 in Game 3 of the NLDS last Thursday to sweep. Wright pitched his way into a bit of trouble in the early going, but after getting Jazz Chisholm to ground out with the bases loaded to end the third inning, he retired 10 consecutive batters with an array of sharp curveballs and sliders.

The 25-year-old finished with seven strikeouts while becoming just the 12th pitcher in MLB history to make his postseason debut with a start of six-plus scoreless innings in a potential clincher.

Posted: Wednesday, October 14, 2020 9:02, EDT
The Atlanta Braves will be the “home” team on Wednesday evening for Game 3 of the National League Championship Series against the Los Angeles Dodgers from the neutral-site Globe Life Park in Arlington, Texas. The Braves would take control of the series with a win. How to Bet Dodgers at Braves MLB Odds & TV Info When: Wednesday, 6:05 PM Read More
0 comments

Posted: Monday, October 12, 2020 1:05, EDT
The MLB Championship Series are set. Over in the National League, the Los Angeles Dodgers battle the Atlanta Braves while in the American League the Houston Astros take on the Tampa Bay Rays. Check out a recap of what happened last week along with looks at each of the league championship series so you start preparing your bets against their Read More
0 comments

Posted: Wednesday, October 7, 2020 8:45, EDT
The Miami Marlins will be the home team for the first time in their neutral-site NLDS against the Atlanta Braves as the teams play Game 3 of the series Thursday afternoon from Houston. Will Miami be playing to save its season? How to Bet Braves at Marlins MLB Odds & TV Info When: Thursday, 2:08 PM ET Where: Minute Maid Read More
0 comments

Posted: Tuesday, October 6, 2020 8:49, EDT
One never knows how a young pitcher will react to the high-stress environment of the Major League Baseball playoffs, and it’s two youngsters scheduled for Game 2 of the NLDS between the Marlins and Braves on Wednesday. The Braves are the home team from Houston. How to Bet Marlins at Braves MLB Odds & TV Info When: Wednesday, 2:08 PM Read More
0 comments

Posted: Friday, October 2, 2020 9:25, EDT
To stay away from the NFL and for travel reasons, there are no MLB playoff games scheduled for Sunday this weekend. At most, there will be just one MLB game on Saturday and that was only due to a postponement on Friday. Here’s a look at where we are entering the weekend. How to Bet MLB  postseason While the better-seeded Read More
0 comments

Posted: Thursday, October 1, 2020 8:49, EDT
There was a spectacular pitching duel in Game 1 of the Reds-Braves best-of-3 Wild-Card series from Atlanta on Wednesday. Cincinnati had so many chances to win yet lost 1-0. Now the Reds’ season is on the line in Game 2 on Thursday. How to Bet Reds at Braves MLB Odds & TV Info When: Thursday, noon ET Where: Truist Park Read More
0 comments

Posted: Tuesday, September 22, 2020 12:27, EDT
The Atlanta Braves are trying to hold off the Miami Marlins to win another NL East title as they meet on Wednesday. Most likely the Braves will win the division and Miami should get a Wild-Card spot. The Marlins start one of the most promising young pitchers in the majors for this one. How to Bet Marlins at Braves MLB Read More
0 comments