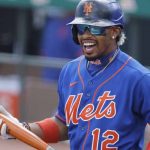 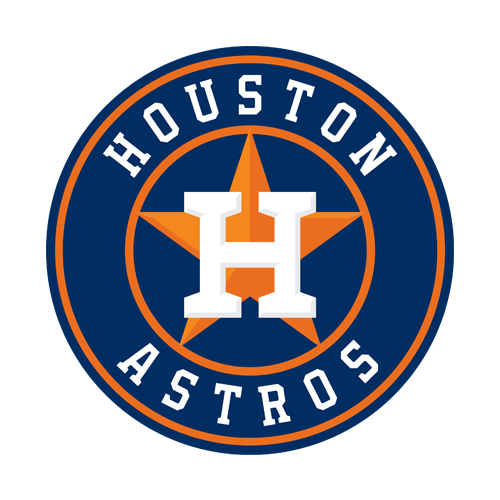 Former No. 1 overall pick Casey Mize take the hill for the Detroit Tigers on Monday as they open a series at the Houston Astros, who are favored on the MLB odds behind ace and former Cy Young winner Zack Greinke.

How to Bet Tigers at Astros MLB Odds & TV Info

First meeting; the teams haven’t played since 2019.  Since the start of the 2013 season, Detroit has posted a 22-25 record against the Astros, including a 10-14 mark at Minute Maid Park. The Tigers look to rebound from the recent trend of results, which has seen them drop 11 out of 13 against Houston.

The Tigers were swept three games over the weekend in Cleveland, losing the finale Sunday 5-2. Wilson Ramos continued his hot start with homer No. 4 on the young season. Ramos hit a solo shot to center field off Indians’ reliever Nick Wittgren in the seventh inning to trim the Tigers’ deficit to a single run. The 33-year-old veteran catcher has already homered nearly as many times in seven games as he did in 45 with the Mets during the 60-game season last year.

Also Sunday, the Tigers put future Hall of Famer and former AL MVP Miguel Cabrera on the 10-day injured list with a left biceps strain. The 37-year-old fouled off a pitch in the seventh inning Saturday and grabbed his left arm briefly afterward. Cabrera finished the at-bat but obviously felt worse after the game. Manager AJ Hinch said Cabrera has been dealing with soreness for a while and felt it “grab.”

Cabrera, 37, who has 488 career home runs, is off to a slow start in 2021. He is batting just .125 (3-for-24) with one homer and three RBI in seven games. To replace Cabrera, the Tigers selected the contract of infielder Renato Nunez. He spent the past three seasons with the Baltimore Orioles and had a career-high 31 homers in 2019.

It’s former No. 1 overall pick Casey Mize (0-0, 2.25) on the mound here. Mize threw four innings while allowing one run in his season debut Tuesday against the Twins. Mize needed 82 pitches to get through four frames. He ran into his fair share of trouble, allowing five hits with a pair of walks, but he managed to limit the damage. Williams Astudillo had an RBI single in the fourth inning, but Mize was able to escape a bases-loaded jam to finish his outing.

Mize didn’t have a great first season in 2020, but there were so many variables in the shortened season that this feels like a fresh start. So far, he’s already ramped his fastball up over 97 mph and showcased the splitter/slider combo that made him the No. 1 overall pick in 2018.

The Astros had a rare off day Sunday but lost two of three from Thursday-Saturday to the Oakland A’s. Kyle Tucker went 1-for-4 with a home run during Saturday’s loss to the Athletics. The solo blast came in the seventh inning off Frankie Montas. Tucker’s fourth home run of the year traveled 376 feet to the right-field bleachers in Houston with an exit velocity of 108.4 miles per hour. The 24-year-old has struggled with a .189 batting average so far this season, but now has four home runs and 11 RBI through 37 at-bats.

Star third baseman Alex Bregman wasn’t in the lineup Saturday. Astros manager Dusty Baker told reporters that Bregman’s legs are a “a little sore,” so expect Bregman to be back in there Tuesday. Bregman hit .471 with two home runs over his first four games but is 1-for-12 over his last three starts.

It’s Zack Greinke (1-0, 1.38) on the bump here. He held the Angels to two runs over seven strong innings Tuesday, taking a no-decision in the Astros’ 4-2 victory. Things were a little shaky for Greinke early on. After Shohei Ohtani reached on an infield single with one out in the first inning, Mike Trout followed with a mammoth blast measured at 464 feet. He stranded a runner at second base that inning and another one in the next frame, and after that it was smooth sailing, with Greinke facing just one over the minimum in his final five innings of work.

The right-hander was making his 461st career start, the most among active pitchers. He’ll look to notch his 210th career win Monday. Greinke has reinvented himself to stay in the game and keep building a Hall-of-Fame career. He’s become a crafty pitcher with several weapons that go, on average, from 71.5 to 88.5 MPH.

Posted: Monday, April 12, 2021 12:58, EDT
Former No. 1 overall pick Casey Mize take the hill for the Detroit Tigers on Monday as they open a series at the Houston Astros, who are favored on the MLB odds behind ace and former Cy Young winner Zack Greinke. How to Bet Tigers at Astros MLB Odds & TV Info When: Monday, 8:10 PM ET Where: Minute Maid Read More

Posted: Friday, April 9, 2021 5:33, EDT
The red-hot Houston Astros will look to continue their impressive start when they host the AL West rival Oakland Athletics on  Friday at Minute Maid Park. Houston took Game 1 of a three-game set on Thursday after sweeping Oakland on the road in a four-game series to start the 2021 campaign. With the Astros looking to send another strong message Read More

Posted: Wednesday, April 7, 2021 4:20, EDT
The Houston Astros are the most hated team in baseball. The Oakland A’s are defending AL West champions and favorites to repeat in 2021. Right now though, you’d think the roles were reversed with Oakland off to a miserable start and Houston looking like the perennial powerhouses they have been prior to last season. More importantly, Houston absolutely dominated Oakland Read More

Posted: Friday, April 2, 2021 6:03, EDT
The Houston Astros were heavy favorites to win another AL West title last year, but they were dethroned by the Oakland A’s. It figures to be a two-team race in the division again and the clubs meet on Thursday in the regular-season opener with the Astros as slight favorites on the MLB odds. How to Bet Astros at A’s MLB Read More

Posted: Wednesday, March 24, 2021 2:52, EDT
The Houston Astros will look to record consecutive victories when they hit the road to take on the Washington Nationals on Wednesday evening in a matchup featuring two legitimate 2021 World Series hopefuls. Houston is in last place in the 15-team Grapefruit League standings. Washington is in sixth place in the standings, one game above .500. Veteran right-hander  Jake Odorizzi Read More

Posted: Monday, October 26, 2020 4:15, EDT
The Houston Astros were heavy favorites this season to win a fourth straight AL West title, but Houston finished second to the Oakland A’s. However, the Astros did still make the playoffs for the fourth year in a row, the first time they’ve done so in franchise history. Only the Yankees and Dodgers have also played in the last four Read More

Posted: Wednesday, October 14, 2020 9:22, EDT
Because of a minor injury, the Houston Astros were not able to use ace Zack Greinke in Game 1 of their ALCS matchup vs. the Tampa Bay Rays as they would have liked. However, Greinke will be on the mound Wednesday in Game 4. Houston is the home team from the neutral site in San Diego. How to Bet Rays Read More

Posted: Tuesday, October 13, 2020 10:53, EDT
For the first time in the 2020 American League Championship Series, the Houston Astros will be the home team at the neutral site in San Diego on Tuesday when they face the Tampa Bay Rays in Game 3. How to Bet Rays vs. Astros MLB Odds & TV Info When: Tuesday, 8:40 PM ET Where: Petco Park, San Diego Probable Read More