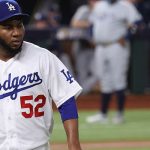 Okay MyBookie MLB betting faithful, with the start of the 2021 MLB regular season set to get underway on April 1, there are still a bunch of rumors and MLB happenings making its way around the league's landscape. 10 weeks out from Opening Day, let's find out what's going on in the big leagues so you can start getting ready to make your bets against their MLB odds for the upcoming season. 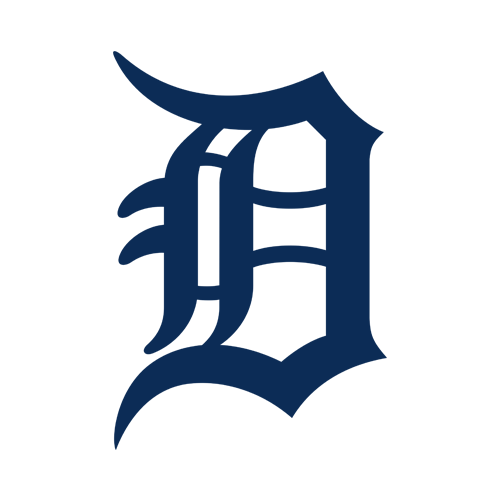 Posted: Tuesday, October 6, 2020 9:42, EDT | 0 comments
Alex Cora is apparently very much in demand for two American League managerial openings: With the Boston Red Sox and Detroit Tigers, but a decision isn’t expected until after the World Series. Which might he choose if given the choice of both?

Cora of course was Boston’s record in 2018 when the Red Sox were a juggernaut, winning 108 games and the World Series. Cora was the first rookie manager to win the World Series since Bob Brenly of the 2001 Diamondbacks. Cora then signed a three-year extension with an undisclosed increase from the original $800,000.  The next year, the Sox slipped to 84-78 – sure, a disappointment but nothing that would get Cora fired. However, the Red Sox and Cora decided it was best to mutually part ways in January due to the manager’s heavy involvement in the Astros’ sign-stealing operation. That story broke in January after former Houston pitcher Mike Fiers, now with the Oakland Athletics, blew the whistle on an elaborate but illegal Astros scheme to steal signs by electronic means. When the results of the Astros’ investigation were announced on Jan. 13, MLB commissioner Manfred said at the time he was withholding discipline on Cora until he completed his sign-stealing investigation into the 2018 Red Sox. Cora in April was suspended for the entirety of the 2020 MLB season “for his conduct as bench coach for the Houston Astros in 2017.” Manfred didn’t find Cora had committed any wrongdoing while the Red Sox manager. The league concluded advance scouting assistant J.T. Watkins was the key figure in Boston’s electronic sign stealing process Boston named Ron Roenicke its interim manager for 2020 — Roenicke had been the Red Sox bench coach for the two seasons under Cora prior to the 2020 season. Alas, Roenicke was not set up with a team ready to compete this season as the Sox traded away superstar Mookie Betts to the Dodgers and lost top starting pitchers Chris Sale and Eduardo Rodriguez to injuries/health reasons. Boston finished last in the AL East at 24-36, but ownership believes the team can contend again in 2021 and apparently there are no hard feelings with Cora. Red Sox chief baseball officer Chaim Bloom said when announcing that Roenicke wouldn’t be back that there was no timetable for when he hoped to have a manager in place. “Nothing specific,” Bloom said. “Obviously, I don’t think we want it to take longer than is necessary to get the best outcome. We haven’t put a specific timetable on it.” Some other potential Red Sox candidates are Phillies executive Sam Fuld, Athletics quality control coach Mark Kotsay, former Blue Jays manager John Gibbons, Rays bench coach Matt Quataro (Bloom came to Boston from Tampa Bay) and Diamondbacks bench coach Luis Urueta. Presumably, Cora would take the Red Sox job over Detroit’s because Boston is simply a better baseball town and ownership has shown in the past it would spend whatever it took. However, the Tigers are on the way up with some good young talent led by pitchers Casey Mize and Tarik Skubal. Detroit has a very good farm system overall. The Tigers went 23-35 this season, their fourth straight year with a sub-.400 winning percentage. The Tigers are interested not just in Cora but also former Astros manager AJ Hinch, who also was suspended for all of 2020 for his role in the sign-stealing. According to MLB’s investigation, Hinch destroyed the monitor his players used to steal signs but didn’t speak out against Cora or his players to share his disapproval. The Tigers are in the market for a replacement for manager Ron Gardenhire, who retired on Sept. 19 with a little more than a week left in the season. Teams aren’t allowed to speak to either Cora or Hinch until their suspensions end at the conclusion of the World Series, but certainly teams could talk to their agents and have a wink-wink deal in place. “The cheating scandal is not a good thing, obviously,” Tigers GM Al Avila said of Hinch and Cora. “They’re serving their suspensions, and once their suspensions are over, then they’ll be free to pursue their careers. So we have not eliminated anybody from our list at this point.” Before the Tigers hired Gardenhire, their previous three managers had all spent time in the organization as players: Brad Ausmus, Jim Leyland and Alan Trammell. Two potential candidates who would fit the bill there are Don Kelly and Marcus Thames as both used to play for Detroit. Kelly spent this past season as bench coach of the Pirates and Thomas has been the Yankees’ big-league hitting coach for the past three seasons.

Posted: Tuesday, October 6, 2020 9:42, EDT
Alex Cora is apparently very much in demand for two American League managerial openings: With the Boston Red Sox and Detroit Tigers, but a decision isn’t expected until after the World Series. Which might he choose if given the choice of both? MLB Expert Analysis | Alex Cora 2020 Cora of course was Boston’s record in 2018 when the Red Read More
0 comments

Posted: Friday, September 11, 2020 10:22, EDT
The Chicago White Sox haven’t won the AL Central Division since 2008 but are right in the mix with the Twins and the Indians this year. The Sox need to beat up on the bad teams like the division-rival Tigers to emerge as champions. They open a three-game series on the South Side on Friday. How to Bet Tigers at Read More
0 comments

Posted: Friday, September 4, 2020 10:52, EDT
The Minnesota Twins and Detroit Tigers start a long five-game series on Friday from the Twin Cities with a doubleheader – as part of a makeup game, the Tigers will actually be the home team for the second of Friday’s games. Here’s a look at the opener. How to Bet Tigers at Twins MLB Odds & TV Info When: Friday, Read More
0 comments

Posted: Tuesday, August 25, 2020 8:50, EDT
The least profitable pitcher in Major League Baseball in the 2019 season was Detroit’s Spencer Turnbull. If you had backed the Tigers with a $100 wager every time he took the mound, you would have lost a ton of money. Turnbull has been slightly better this season and takes the mound in Game 2 of a series vs. the visiting Read More
0 comments

Posted: Thursday, July 23, 2020 11:23, EDT
The Cincinnati Reds are clearly a team on the rise in the National League and in fact are Mybookie betting favorites to win the NL Central for the first time since 2012. The Reds welcome the awful Detroit Tigers in interleague action Friday to open the MLB season. How to Bet Tigers at Reds MLB Odds & TV Info When: Read More
0 comments

Posted: Monday, March 16, 2020 3:03, EDT
It’s going to be another very long baseball season in Detroit – assuming there is one – as the Tigers remain in full-blown rebuild mode, although there is some good young talent on the way. Here’s a look at what to expect from the 2020 Tigers. Let’s check the MLB Odds and World Series Odds for the Detroit Tigers 2020 Read More
0 comments

Posted: Wednesday, August 21, 2019 4:04, EDT
Consistently winning when you wager on sports is tough, usually because there are so many different variables that can come into play in every single game. It can be argued that baseball is the toughest of the lot, as it is very tough for a team to beat the same team on 3 or 4 consecutive nights. Even when you Read More
0 comments

Posted: Thursday, August 15, 2019 9:03, EDT
First game of the Thursday is rather meaningless in the grand scheme of things but features perhaps the unluckiest pitcher in baseball in young Tigers right-hander Spencer Turnbull. Detroit is not an MLB Betting favorite against visiting Mariners on Thursday afternoon. How to Bet Mariners vs Tigers MLB Odds & Game Info When: Thursday, 1:10 PM ET Where: Comerica Park Read More
0 comments