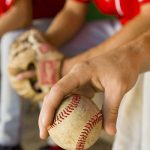 Major League Baseball had its best week regarding COVID, MLB has installed a “sticky substance” rule, and the same National League player has become the favorite to win the Cy Young and the MVP. Check out the latest Major League Baseball news in our coronavirus update so you can continue betting against their MLB odds. 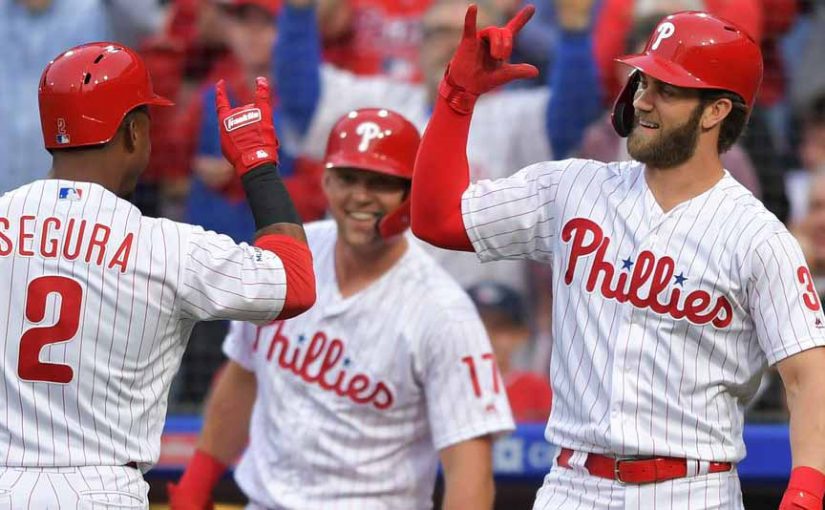 The Philadelphia Phillies have been terrific at home this season and they are favored on the MLB odds to keep winning there when they close out a series Thursday night against the NL East rival Miami Marlins – although Miami appears to have the pitching advantage.

How to Bet Marlins at Phillies MLB Odds & TV Info

The Marlins remain without catcher Jorge Alfaro and center fielder Starling Marte. The latter has resumed hitting against a pitching machine, but Marte still has several more hurdles to clear in the recovery process for his non-displaced left rib fracture. He likely won’t be activated until the first half of June.

Alfaro (hamstring) has been cleared to resume some baseball activities but is still a week or more away from appearing in minor-league games. Sandy Leon will continue serving as the Marlins’ primary backstop while Alfaro is on the mend.

In an oddity, all nine of Jesus Aguilar’s home runs this year have come on the road, hitting all of them over an 11-game spa. He is the second player in franchise history to hit 9 HR in a span of 11 road games – also Giancarlo Stanton in 2012 and several times in 2017.

It’s Sandy Alcantara (1-3) on the mound. Alcantara allowed eight runs on seven hits and two walks with three strikeouts over 1 1/3 innings in a loss against the Dodgers last Friday. After a scoreless first inning with two strikeouts, the Dodgers did damage in the second, scoring eight runs off the 25-year-old right-hander.

Chris Taylor started the frame with a walk followed by six consecutive hits to score five runs. After striking out Justin Turner, Alcantara surrendered a three-run homer to Max Muncy before he was pulled with just one out recorded in the inning. The blowup outing raised Alcantara’s ERA to 4.06. The righty held a 2.72 ERA before his quick exit.

“I don’t know what happened,” said Alcantara. “I just came out with my same mentality when I was in the first inning, and everything changed too quick. I don’t know what I was doing, but I think they got my pitches. I’ve got to keep working hard and keep watching the video and see what I have to do to get better.”

Alcantara had never gone fewer than four innings — done four times, most recently on Aug. 30, 2020, in his return from COVID-19. It is the only start that the 2019 All-Star has allowed more than four runs or pitched fewer than five innings this season, keeping him as one of baseball’s more consistent starters.

The Phils put shortstop Didi Gregorius on the injured list this week because of a right elbow impingement. Gregorius originally sustained the injury when he landed hard on his right arm while pursuing a pop-up in shallow center field on April 16 against the St. Louis Cardinals. Gregorius has hit .229 with four home runs, 22 RBI and a .630 OPS in 32 games for the Phils this year. Rookie Nick Maton will be the most likely replacement in most games. The team also put infielder/outfielder Scott Kingery on the seven-day concussion IL.

Bryce Harper is having a terrific season for the Phillies by cutting down on strikeouts. He’s currently batting .227 during two-strike counts, which may seem low until you realize his career batting average with two strikes is just .188. Harper has turned into a contact hitting machine as he has the second highest xwOBA in all of baseball and his strikeout numbers are down compared to 2018 and 2019. He ranks 16th across all qualified hitters in terms of batting average; fifth in the National League.

It’s Vince Velasquez (1-0) on the mound. Velasquez pitched 5 2/3 innings of one-run ball with seven strikeouts against the Blue Jays last Friday. He was lifted with the Phillies down 1-0 in the bottom of the sixth, but the team went on to score five runs in the top of the seventh, which would have made him eligible for the win. Instead, the victory went to Connor Brogdon, who got just one out before exiting. Velasquez has allowed a total of three runs over 17 innings in his last three starts.

Velasquez has been a nice surprise since he replaced left-hander Matt Moore in the rotation during April. In five starts, Velasquez has a 2.84 ERA. He has allowed one run in each of his last three starts, pitching at least 5 1/3 innings in each of those three starts. Velasquez pitched good enough that Moore was moved to the bullpen as Velasquez has given the Phillies the production they need from the back of their rotation.