After the Dodgers won the 2020 World Series in a shortened season, many were looking forward to the baseball offseason. The Hot Stove season of free agency and player trades is a right of passage for baseball fans. Unfortunately, like everything else, COVID-19 has reared its ugly head again and has changed the baseball landscape. 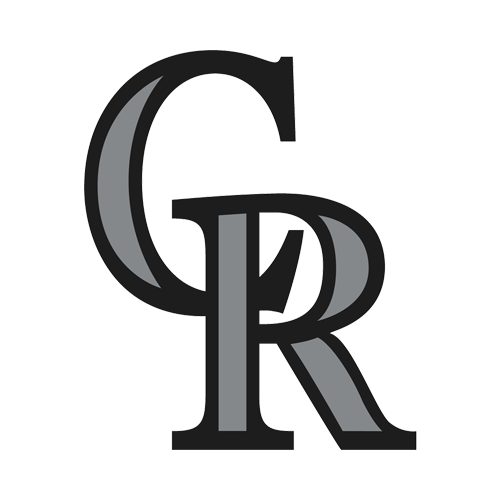 Posted: Wednesday, September 16, 2020 12:23, EDT | 0 comments
The Los Angeles Dodgers are going to the playoffs, it’s just a matter of whether it’s as NL West champions or a Wild-Card team. They open a series at division-rival Colorado on Thursday in what could be a playoff preview.

How to Bet Dodgers at Rockies MLB Odds & TV Info

Why Bet on LA Dodgers? The Dodgers activated 3B Justin Turner from the 10-day injured list on Tuesday. Turner missed a couple of weeks with a left hamstring strain. The expectation is that he’ll be eased back into the mix out of the designated hitter spot. Turner was enjoying another productive season when he was placed on the IL (retroactively) on August 29. He was slashing .282/.384/.410 with 10 extra-base hits through 32 games. Turner also was putting up one of the best batting averages on balls in play (.330) of his career. Statcast metrics indicate Turner is in the 92nd percentile in XSLG and is making as much hard contact as ever. Some good numbers over the season’s last two weeks would also help bolster Turner’s case going into free agency. With Turner back, the Dodgers now have their full complement of position players healthy as they head towards another postseason berth. To make room for Turner, the team optioned Josh Sborz to their alternate training site. Sborz has appeared in three games for the Dodgers this season, allowing just one run and striking out two over three innings pitched. The right-hander made his MLB debut last year, going 0-1 with an 8.00 ERA and 1.56 WHIP in seven games. After a slow start, catcher Will Smith has really come on. Since the end of August, Will Smith is hitting .464 with 4 RBI and 5 extra-base hits. Most of his production has come in crunch time where it matters most. From the 7th inning on, Smith boasts a .400 average and has driven in critical runs. Combined with Austin Barnes, Los Angeles features some of the league’s best production out of the catcher’s spot. It’s young lefty Julio Urias (3-0) scheduled on the mound here. Urias yielded one run on three hits over six innings last Saturday in a no-decision against the Astros. Urias struggled mightily with his control, issuing a season-high four walks in this one. But he limited the Astros’ high-powered offense. An RBI single by Yuli Gurriel in the opening frame represented the lone tally against him. The 24-year-old Urias departed in line for the win, but was forced to settle for a no-decision after Kenley Jansen coughed up a three-run lead in the ninth inning. He’ll carry a 3.53 ERA, 1.29 WHIP and 38/16 K/BB ratio across 43 1/3 innings (nine starts) into this one. Urias faced the Rockies on Sept. 6 and yielded four earned runs over 4 1/3 innings in a no-decision. Urias struck out six, but he issued two walks and gave up five hits, including a second-inning two-run homer to Josh Fuentes. Why Bet on Colorado? The Rockies aren’t out of the playoff chase but it’s unlikely they make it. After this homestand, Colorado finishes the regular season with eight games on the road (four each with San Francisco and Arizona). Since starting the season 11-3, the Rockies are well under .500. How did they fall so far, so fast? The reasons are many but Colorado’s failure to come through with clutch hits is a key one. “Again, we’ve talked about it all season. We need the big hit with runners in scoring position,” Manager Bud Black said this week. “We’ve got to break through and keep the line moving and string hits together — more than just a couple. We can’t rely on one maybe one grand slam to really break (it) up. We’ve got to have more consistent at bats throughout the game from top to bottom. And our pitching has to hold together. We’re using a lot of the guys out of that bullpen often.” During that initial 14-game stretch, the Rockies had a .335 on-base percentage (third) and a .776 OPS (third). Since then, their OBP is .309 (26th) and their OPS is .718 (22nd). After posting a 2.88 ERA for the first 14 games, it’s been 6.66 since then, worst in the majors. It’s scheduled to be lefty Kyle Freeland (2-1) in this one. Freeland allowed two runs on four hits over six innings on Saturday in a no-decision against the Angels. Freeland finished with four strikeouts and only handed out two walks. A sacrifice fly from Max Stassi in the fourth inning and an RBI double by Albert Pujols in the sixth inning accounted for all of the damage against him. The 27-year-old lefty owns a very solid 3.54 ERA, 1.32 WHIP and 38/16 K/BB ratio across 56 innings (10 starts). He has eight quality starts on the year, among the most in the majors. Freeland last faced the Dodgers on Aug. 22 in L.A. and was charged with three runs over six innings in a no-decision. Freeland recorded six strikeouts and walked three batters. The 27-year-old gave up only four hits, including an RBI single to Corey Seager in the opening frame and a solo homer to Chris Taylor in the second inning. Expert Prediction Rockies 6, Dodgers 4

Posted: Wednesday, September 16, 2020 12:23, EDT
The Los Angeles Dodgers are going to the playoffs, it’s just a matter of whether it’s as NL West champions or a Wild-Card team. They open a series at division-rival Colorado on Thursday in what could be a playoff preview. How to Bet Dodgers at Rockies MLB Odds & TV Info When: Thursday, 8:40 PM ET Where: Coors Field Probable Read More
0 comments

Posted: Tuesday, September 8, 2020 10:53, EDT
Time is running out for the San Diego Padres to catch the Los Angeles Dodgers for first place in the NL West Division. More likely, the Friars will be a Wild-Card team. The Colorado Rockies also could be one as they aren’t finishing higher than third in the West. Here’s a look at Wednesday’s series finale between the teams San Read More
0 comments

Posted: Thursday, September 3, 2020 10:21, EDT
The Los Angeles Dodgers are running away with the NL West, while the Colorado Rockies are closer to last than first – yet it’s quite possible these teams could meet in the expanded playoffs. They open a weekend series at Dodger Stadium on Friday and L.A. will be heavily favored in each game. How to Bet Rockies at Dodgers MLB Read More
0 comments

Posted: Monday, August 31, 2020 11:15, EDT
MLB series played over the weekend normally don’t carry over into Monday of the following week, but this is anything but a normal season as the league tries to jam as many games into a short window as possible. Thus, the Padres and Rockies close their series Monday on national TV as they battle for second place in the NL Read More
0 comments

Posted: Friday, August 28, 2020 2:01, EDT
Not all that long ago, the Colorado Rockies and San Diego Padres were atop the NL West Division. That’s no longer the case with the Dodgers pulling away, but the Rox and Friars are both in playoff contention. They open an important four-game series in Denver on Friday with Colorado favored on the MLB odds. How to Bet Padres at Read More
0 comments

Posted: Wednesday, August 26, 2020 9:26, EDT
With the Arizona Diamondbacks struggling, they seem likely to be active ahead of the Aug. 31 Trade Deadline. They’d surely like to get something for former All-Star pitcher Robbie Ray, but he’s really struggling entering his start Wednesday vs. Colorado. The Snakes are still short MLB betting favorites. How to Bet Rockies at Diamondbacks MLB Odds & TV Info When: Read More
0 comments

Posted: Friday, August 21, 2020 10:57, EDT
The Colorado Rockies led the NL West for a while, but they are starting to fade and the Los Angeles Dodgers starting to roll. The teams meet to open a three-game weekend series at Dodger Stadium on Friday with L.A. a heavy MLB betting favorite behind Walker Buehler. How to Bet Rockies at Dodgers MLB Odds & TV Info When: Read More
0 comments

Posted: Wednesday, August 19, 2020 11:45, EDT
Young right-hander Ryan Castellani has been terrific in his first two big-league starts for the Colorado Rockies but is looking for his first victory. He’s on the mound Wednesday against the visiting Houston Astros with the Astros as MLB betting favorites and a huge total. How to Bet Astros at Rockies MLB Odds & TV Info When: Wednesday, 8:40 PM Read More
0 comments

Posted: Tuesday, August 11, 2020 1:18, EDT
The Arizona Diamondbacks have been one of the biggest disappointments in the National League this season and the Colorado Rockies one of the top surprises. They meet for Game 2 of a series in Denver on Tuesday with the Rockies favored on the MLB odds. How to Bet Diamondbacks at Rockies MLB Odds & TV Info When: Tuesday, 8:40 PM Read More
0 comments