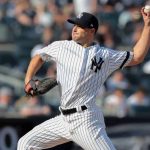 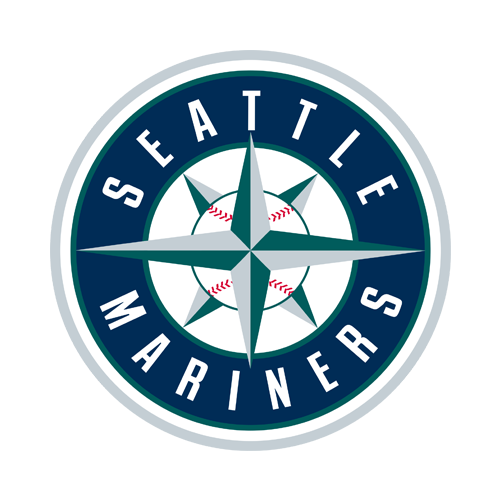 It’s a matchup of left-handers on the mound Tuesday night in Game 2 of a series from Camden Yards between the Seattle Mariners and Baltimore Orioles. The O’s are favored on the MLB odds behind former All-Star John Means.

How to Bet Mariners at Orioles MLB Odds & TV Info

The Mariners have placed reliever Anthony Misiewicz on the 10-day injured list and recalled Erik Swanson from Triple-A to take his spot. Swanson, 27, posted a rough 12.91 ERA over nine relief appearances with the Mariners last season.

With lefty James Paxton likely out for the season due to injury, fellow lefty Nick Margevicius (0-1, 7.71) has taken his spot. Justin Dunn beat Margevicius out for the sixth and final spot in the rotation during spring training, but the 24-year-old didn’t have to wait long to get his first opportunity to pick up a start. He covered 3.2 innings in relief of the injured Paxton in last Tuesday’s loss to the White Sox.

Last year, Margevicius went 2-3 with a 4.57 ERA in 41.1 innings. He pitched in 10 games and made seven starts. He limited opponents to a .244 (38×156) average, while walking 14 and striking out 36. He opened the season in the bullpen and made three appearances before moving to the starting rotation for the remainder of the season on Aug. 8 vs. Colorado. This will be Margevicius’ first career start vs. Baltimore.

The Orioles remain without starting outfielder Austin Hays, but manager Brandon Hyde told reporters that Hays is “progressing well” from his hamstring injury. Hyde did not offer a timetable on a return for the 25-year-old. DJ Stewart was activated from the 10-day injured list Saturday and could see extra playing time in left field while Hays is sidelined.

Shortstop Freddy Galvis was dealing with knee and ankle injuries following Sunday’s loss to the Red Sox. Galvis went 1-for-1 with a walk to begin Sunday’s contest, but he was replaced defensively in the top of the seventh inning. If the 31-year-old is forced to miss any time, Ramon Urias could take over at shortstop.

The Orioles bullpen has posted a 3.66 ERA so far, the sixth-lowest team bullpen ERA in the American League and the 10th-lowest in the majors. LHP Tanner Scott has appeared in 16 straight games, dating back to last year 8/26, without allowing an earned run (13.0 IP); has allowed just one unearned run during this span. His 99.7 mph recorded pitch on 4/7 at NYY is the fastest pitch this year by an Orioles pitcher. Scott owns the O’s top 20 fastest pitches this season.

Since the beginning of the 2020 season, and the introduction of a player starting at second base in extra innings, the Orioles have gone 5-5 in extra-inning games. Their 10 total games are the second-most in the majors during this span (TOR, 12), and their five wins are tied for the third-most.

It’s lefty John Means (1-0, 0.77) on the mound here. Means allowed one run on seven hits and two walks with four strikeouts in a no-decision last Wednesday against the Yankees. Means was able to dance around trouble against a tough Yankees lineup. The only damage came on an Aaron Hicks single in the third inning that drove in one run. A single by Giancarlo Stanton in the fifth put two men on with two outs and would end the day for the 27-year-old left hander. His average fastball velocity was sitting at 92.6 MPH, up from 91.7 in his season debut.

Posted: Tuesday, April 13, 2021 10:45, EDT
It’s a matchup of left-handers on the mound Tuesday night in Game 2 of a series from Camden Yards between the Seattle Mariners and Baltimore Orioles. The O’s are favored on the MLB odds behind former All-Star John Means. How to Bet Mariners at Orioles MLB Odds & TV Info When: Tuesday, 7:05 PM ET Where: Camden Yards Probable pitchers Read More

Posted: Monday, September 21, 2020 1:57, EDT
The Houston Astros will not win the AL West again this season but they are on the verge of clinching a playoff spot. The Seattle Mariners are going to miss out on extra baseball again. They meet in Game 2 of a series on Tuesday in the Pacific Northwest. How to Bet Astros at Mariners MLB Odds & TV Info Read More

Posted: Tuesday, September 8, 2020 10:35, EDT
Both the Seattle Mariners and San Francisco Giants were projected to be among the worst teams in their respective leagues this season but both have overachieved and are battling for playoff spots. They close a quick two-game set in the Bay Area on Wednesday. How to Bet Mariners at Giants MLB Odds & TV Info When: Wednesday, 9:45 PM ET Read More

Posted: Monday, August 17, 2020 12:15, EDT
The Seattle Mariners might be the worst team in the American League and the Los Angeles Dodgers the best in all of baseball. Thus, this week’s interleague series in L.A. doesn’t figure to be close, with the Dodgers as heavy MLB betting favorites for Game 1 on Monday. How to Bet Mariners at Dodgers MLB Odds & TV Info When: Read More

Posted: Friday, August 7, 2020 9:46, EDT
Rockies vs Mariners – MLB Odds & Picks Off a very successful homestand, the Colorado Rockies head out for a three-game trip to Seattle starting Friday night. It’s the only scheduled meeting of the season between the NL and AL West Division teams. It’s basically a pick’em on the MLB odds. Rockies vs Mariners – MLB Odds & Picks How Read More

Posted: Wednesday, August 5, 2020 11:25, EDT
The Los Angeles Angels and Seattle Mariners are both well under .500 in this young season when they meet from the Pacific Northwest on Wednesday night. One reason for Angels fans to tune in: To see mega-prospect Jo Adell. The Halos are favored on the MLB odds. How to Bet Angels at Mariners MLB Odds & TV Info When: Wednesday, Read More

Posted: Monday, July 27, 2020 12:10, EDT
In a usual baseball season, teams would generally be starting a new series on Mondays but not much is usual about the 2020 campaign during a pandemic, not even baseball betting has been normal this season. The Mariners and Astros close out their AL West matchup on Monday with a less-than-appealing pitching matchup. Mariners vs Astros – MLB Odds & Read More

Posted: Wednesday, July 22, 2020 9:35, EDT
The last time they took the field, the Houston Astros lost Game 7 of the World Series at home. The club has undergone plenty of change this offseason, partly due to the sign-stealing scandal. Houston opens defense of its AL West title against the Seattle Mariners on Friday. How to Bet Mariners at Astros MLB Odds & TV Info When: Read More

Posted: Friday, March 20, 2020 8:44, EDT
As more and more cities across the country take drastic action to prevent the spread of the coronavirus, the start date of the MLB season seems to drift a little further into the distance. Initially, the thought was that we might see things begin in early April, but the consensus now seems to be that it will at least be Read More