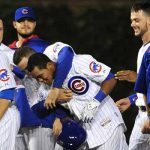 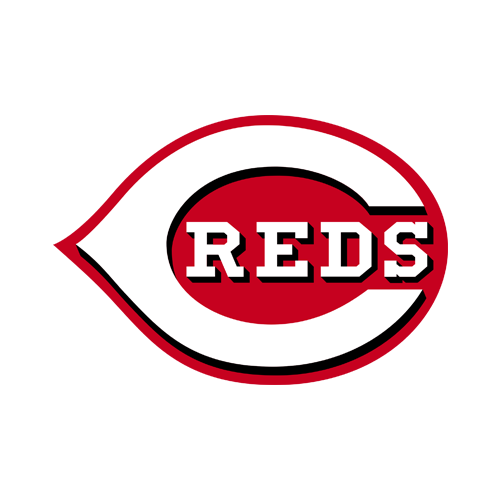 There was a spectacular pitching duel in Game 1 of the Reds-Braves best-of-3 Wild-Card series from Atlanta on Wednesday. Cincinnati had so many chances to win yet lost 1-0. Now the Reds’ season is on the line in Game 2 on Thursday.

How to Bet Reds at Braves MLB Odds & TV Info

Reds pitcher Trevor Bauer, the likely NL Cy Young winner, was absolutely spectacular on Wednesday. He departed after 7.2 scoreless innings and 103 pitches, leaving with a Reds postseason record of 12 strikeouts. Bauer was the first pitcher in postseason baseball history to go at least 7.2 shutout innings with no walks and at least 12 strikeouts.

Bauer permitted three batters to reach base – two hits and a hit batsman – and another reached on an error. That was it for an offense that ranked No. 1 or No. 2 in nearly every offensive category in the regular season.   Unfortunately, the Cincinnati offense wasted opportunity after opportunity in the 1-0 loss in 13 innings.

The defeat went to reliever Archie Bradley, who gave up a pair of hits before Amir Garrett came on and surrendered the game-ending RBI single to Freddie Freeman. The Reds used four relievers after Bauer.

The Reds-Braves game was the first playoff game to head to extra innings scoreless since Game 6 of the 1997 ALCS between the Indians and Orioles. The Indians won that game and clinched the series on Tony Fernandez’s 11th-inning home run off Armando Benitez.

The Reds left 13 runners on base and are 1-for-12 with runners in scoring position. The teams combined for a postseason record 37 strikeouts (the old record was 34, the 18-inning World Series game between the Red Sox and Dodgers in 2018).  Every position player who started the game struck out at least once.

It’s Luis Castillo on the mound here. Castillo was 4-0 with a 1.26 ERA in four September starts before allowing four runs in four frames on Saturday. His changeup is one of the game’s best, along with a 98-99 mph fastball and a punchout slider.

This year, Castillo ranked among the National League regular season leaders in strikeouts per 9 innings (11.44, 6th), strikeouts (8th) and ERA (11th). This will be his first playoff start. Castillo is 2-1 in three career starts vs. the Braves with a 3.86 ERA.

The Braves have lost 10 consecutive playoff rounds, dating to the 2001 League Championship Series against Arizona. The Braves last won a playoff round in 2001, sweeping Houston in the NLDS.

However, as noted above, Freddie Freeman, an NL MVP candidate, hit a walkoff RBI single in the bottom of the 13th inning as the Braves beat the Reds 1-0 in Game 1 on Wednesday. It was the longest scoreless game in the history of the postseason before Freeman slapped a slider from Amir Garrett into center field to score Cristian Pache from third base. The Braves had just three hits in the first 12 innings, but got three in the 13th and won despite striking out 21 times.

Extra innings games started with runners on second base during the regular season. Not so in the postseason. The Atlanta bullpen called on seven different pitchers after Max Fried’s seven shutout innings. The Braves are 11-4 in playoff series when they win Game 1 and 3-17 when they drop the opener. They last won a Game 1 home game in the 1999 LCS, beating New York, 4-2. Atlanta had lost seen straight home Game 1s until Wednesday.

Atlanta starts rookie Ian Anderson on the mound. Anderson will make his first postseason appearance after showing promise in his first six MLB starts. The 22-year-old right-hander allowed the Yankees only one hit in six innings in his debut on Aug. 26, and he limited the Nationals to one hit over seven scoreless innings on Sept. 12. Opponents have hit .104 (5-for-48) against his changeup.

This will be Anderson’s first career look at the Reds.

Posted: Thursday, October 1, 2020 8:49, EDT
There was a spectacular pitching duel in Game 1 of the Reds-Braves best-of-3 Wild-Card series from Atlanta on Wednesday. Cincinnati had so many chances to win yet lost 1-0. Now the Reds’ season is on the line in Game 2 on Thursday. How to Bet Reds at Braves MLB Odds & TV Info When: Thursday, noon ET Where: Truist Park Read More
0 comments

Posted: Thursday, September 24, 2020 1:16, EDT
One of the most important series of the final weekend of the MLB regular season is Cincinnati at Minnesota. The Twins are in the playoffs but battling for the AL Central title, while the Reds need wins much more as they are in a dogfight for one of the final two NL Wild-Card spots. Here’s a look at Friday’s opener. Read More
0 comments

Posted: Friday, September 18, 2020 1:11, EDT
The Chicago White Sox are churning toward the AL Central title. They can’t clinch that in their series opener at desperate Cincinnati on Friday, but the Pale Hose could clinch a playoff spot overall. The Reds definitely need this game more as they battle for an NL Wild Card spot. How to Bet White Sox at Reds MLB Odds & Read More
0 comments

Posted: Thursday, September 10, 2020 12:15, EDT
Very important series starts Friday in St. Louis between the Cincinnati Reds and Cardinals. While the Cubs are likely to win the NL Central, the Cards and Reds are both smack-dab in the Wild-Card race with the expanded field. How to Bet Reds at Cardinals MLB Odds & TV Info When: Friday, 8:15 PM ET Where: Busch Stadium Probable pitchers Read More
0 comments

Posted: Friday, August 28, 2020 2:32, EDT
This weekend will be the final series the NL Central rival Cubs and Reds play this year in Cincinnati, and it’s a four-game set with a makeup doubleheader on Saturday. Here’s a look at Friday’s opener with the Cubs to be favored on the MLB odds behind Kyle Hendricks. How to Bet Cubs at Reds MLB Odds & TV Info Read More
0 comments

Posted: Tuesday, August 25, 2020 9:13, EDT
The Milwaukee Brewers and Cincinnati Reds have both hugely underachieved this season and time is running out for them to contend in the NL Central. The teams meet in Game 2 of a series in Beer Town on Tuesday with the Brewers as short MLB betting favorites. How to Bet Reds at Brewers MLB Odds & TV Info When: Tuesday, Read More
0 comments

Posted: Thursday, July 30, 2020 9:38, EDT
While the Cubs’ Yu Darvish struggled in his 2020 debut, the Reds’ Luis Castillo was dominant – yet didn’t get a win. They face off Thursday in the series finale between the clubs in Cincinnati. The Reds are favored on the MLB odds. Cubs vs Reds – MLB Odds & Picks How to Bet Cubs at Reds MLB Odds & Read More
0 comments

Posted: Thursday, July 23, 2020 11:23, EDT
The Cincinnati Reds are clearly a team on the rise in the National League and in fact are Mybookie betting favorites to win the NL Central for the first time since 2012. The Reds welcome the awful Detroit Tigers in interleague action Friday to open the MLB season. How to Bet Tigers at Reds MLB Odds & TV Info When: Read More
0 comments

Posted: Tuesday, July 21, 2020 10:38, EDT
The Atlanta Braves, St. Louis Cardinals and Los Angeles Dodgers were the division winners last season in the National League. Could all three repeat? The Braves are +175 favorites in the East and the Dodgers massive -450 favorites to win the West for an eighth year in a row. However, it’s the Cincinnati Reds who are +240 favorites in the Read More
0 comments