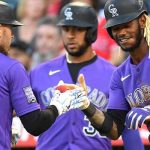 The San Diego Padres are one of the best teams in Major League Baseball at home, and the Colorado Rockies are one of MLB’s worst on the road. Thus, no surprise that the Padres will be heavy favorites for Thursday’s series opener vs. Colorado.How to Bet Rockies at Padres MLB Odds & TV Info When: Thursday, 10:10 PM ET Where: Petco Park Probable pitchers (away/home): Kyle Freeland/Joe Musgrove TV: MLB Extra Innings Stream/gameday audio: https://www. While the New York Yankees took two of three vs. the rival Boston Red Sox last weekend in the Bronx, the Yankees have yet to win a game in Boston this year. The teams renew their rivalry starting Thursday night at Fenway Park with the Red Sox favored on the MLB odds.

The Yanks got a scare Tuesday when infielder DJ LaMahieu, the former AL batting champion, was scratched from the Yankees’ starting lineup due to a stomach bug. Needless to say, any illness is a red flag these days, but he tested negative for COVID-19. LeMahieu has reached base safely in each of his last 30 games, batting .303/.384/.443 (37-for-122) with 14R, 5 doubles, 4HR, 22RBI, 15BB and 1HP in that span.

New York remains without first baseman Luke Voit, third baseman Gio Urshela and outfielders Aaron Judge and Clint Frazier, all on the injured list. Because the Yanks are so thin in the outfield, usual DH Giancarlo Stanton may play the outfield some in this series. It’s been almost two years since the last time Stanton played outfield in a regular season game for the Yankees as he’s very injury-prone.

Closer Aroldis Chapman now has four consecutive strong outings since his disastrous back-to-back performances against the Angels and Mets, when he allowed seven runs while recording just one out to see his ERA rise to 4.71. Over his past four innings, however, Chapman has struck out eight and allowed just two hits, somewhat reminiscent of his dominant start to the season.

It’s Jordan Montgomery (3-5, 4.18) on the mound. Montgomery allowed three runs over six innings last Friday in a loss to the Red Sox. All the damage came in the second inning courtesy of a Hunter Renfroe RBI ground out and a two-run homer by Christian Arroyo. For a fifth straight start, the Yankees didn’t score a run while Montgomery was on the mound. The Yankees have lost the last four of those outings.

Asked about the lack of run support, Montgomery said: “I’m not worried about that. I’m just trying to do my job better every time I go out there and try to keep us in it.”

Why Bet on Boston?

How explosive can the Boston offense be? In Monday’s win over Toronto, the Sox became the first team in MLB history to score at least 8 runs in the top of the 1st inning with all of them coming on home runs. It marked the Sox’s first time hitting at least 3 HR in an inning this season. The Sox have hit 4+ HR in a game an MLB-best 9 times. The Red Sox have hit 20 three-run homers, most in the AL and tied with the Giants for most in the majors.

Young right-hander Tanner Houck (0-2) gets the call for Boston. Houck hurled three scoreless innings last Friday in a relief appearance against the Yankees to collect his first career save. Houck stranded a pair of baserunners in the seventh inning and fired two consecutive scoreless frames to slam the door. The 25-year-old righty notched three strikeouts in his first big-league appearance since April 18.

He became the sixth Red Sox pitcher this year with a save. Sox relievers rank 4th in the AL and 9th in the majors in ERA (3.67). Garrett Whitlock has made 16 scoreless appearances of more than 1.0 IP, most in MLB.

Houck was initially slated to start Wednesday’s series finale against the Blue Jays, but the Red Sox opted to push him back a day to this game. Across four appearances (two starts) this season, he’s posted a 3.38 ERA and 1.27 WHIP in 13.1 innings.

Manager Alex Cora revealed that he intends to use Houck in a hybrid role where he’ll bounce between the rotation and bullpen.