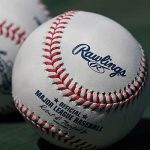 We are only a few weeks into the 2021 MLB season, but some teams are already seeing their weaknesses exposed in a big way. The good news is that there is still plenty of time to do something about it, which is why part of this week’s news is about teams potentially going after some help. While it is not time to hit the panic button just yet, there are some serious grumblings about how things are going with some of the bigger teams, particularly the New York Yankees. 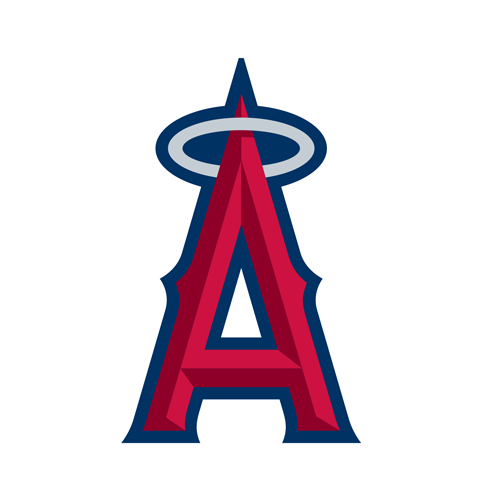 Per usual, a new baseball season opens with Angels outfielder Mike Trout as the favorite on the MLB odds to win yet another AL MVP Award. Can Trout and the Halos finally get to the playoffs in 2021? They are underdogs for their opener on Thursday vs. the visiting White Sox.

The AL Central favored White Sox already have been hit hard by injury as young slugger Eloy Jimenez will miss 5-6 months with a shoulder injury. Jimenez had surgery to repair the injury, putting his season in jeopardy. General manager Rick Hahn said the team will know more when he begins the rehab process. Jimenez hit 31 homers in his first year in the majors in 2019. He batted .296 with 14 homers and 41 RBIs in 55 games during the pandemic-shortened season.

“It’s going to be very hard for him not to be around us for the next several months. I’m looking for a silver lining in this that it can be a learning experience or positive for him in the long term,” Hahn said.

Jimenez ranks ninth among AL right-handed hitters with those 45 home runs since 2019 and hitting coach Frank Menechino has talked about Jiménez’s potential to hit .330 or .340 with his immense ability. Now, the White Sox are in scramble mode trying to figure out how to replace the roughly 125 wRC+ and 2.5 fWAR missing from left field.

It appears the team will try to replace him in-house with top hitting prospect Andrew Vaughn, although he’s more of a first base/DH type or using backup outfielder Leury García in a more regular role.

The White Sox have signed Jake Lamb, pending a physical. Lamb was just released by the Braves over the weekend after failing the make the Opening Day roster. The 30-year-old has mostly struggled dating back to 2018, but he’ll provide the White Sox with some useful veteran depth for their infield.

In his final spring start Saturday, Giolito struck out nine batters through five scoreless innings, giving up only two hits and walking three against Colorado. Through 23 innings over six games this spring, Giolito had a 1.17 ERA and 0.87 WHIP, alongside 30 strikeouts.

The Angels completed 2020 with an 26-34 mark, in fourth place in the A.L. West (-10.0) under manager Joe Maddon. LAA finished under .500 for a fifth consecutive season; first time for franchise since seven-year stretch from 1971-77. The Angels were 19-21 vs. A.L. West and 7-13 against N.L. West foes. The club went on a season-long five-game win streak Sept. 3-6 and remained mathematically alive for a postseason spot until the final series of the season.

Mike Trout earned a Silver Slugger Award for the eighth time in his career, becoming the first player to win the award eight times by age-28 season. Trout was also selected to All-MLB First Team for second consecutive year and was named Angels Team MVP for ninth straight season.

The three-time AL MVP became the Angels all-time home run leader when he hit his 300th career homer on Sept. 5 vs. Houston, passing Tim Salmon (299). Trout’s 75.7 career fWAR is the third-best ever by a player before through their age-28 season, behind Ty Cobb (78.6) and Rogers Hornsby (77.1).

It’s Dylan Bundy on the mound here. This will be Bundy’s second career Opening Day start. He got the start for the Orioles back in 2018 against the Twins. He threw seven scoreless innings with seven strikeouts and zero walks.

The right-hander is coming off his best season in the majors; registering a 3.29 ERA and 72/17 K/BB ratio over 65 2/3 innings and 11 starts. He finished 6-3 and ninth in American League Cy Young Award voting. Maddon also likes the matchup with Bundy and the White Sox lineup, which is mostly right-handed.

“That was part of it. Part of it is how well he has done, what he looks like this spring, all of that,” Maddon said. “Dylan is really demonstrating a kind of leadership role among the staff, and a consistency. I think that’s probably the best way to describe him. As we line up the rest of them, all six, the word ‘trust’ pops in my head — trust them all.”

Posted: Friday, April 2, 2021 6:02, EDT
Per usual, a new baseball season opens with Angels outfielder Mike Trout as the favorite on the MLB odds to win yet another AL MVP Award. Can Trout and the Halos finally get to the playoffs in 2021? They are underdogs for their opener on Thursday vs. the visiting White Sox. How to Bet White Sox at Angels MLB Odds Read More

Posted: Tuesday, March 30, 2021 11:25, EDT
On Tuesday, March 30, some Major League Baseball teams play their final spring training game before the season throws first pitch on Thursday, April 1. Two of the teams heading to the diamond in Tempe, AZ, are the Los Angeles Dodgers and Los Angeles Angels. Check out information on both the Dodgers and Angels as well as info on which Read More

Posted: Thursday, March 4, 2021 6:42, EST
Okay MyBookie baseball betting buffs, with the 2021 MLB spring training campaign heading into the weekend, it’s time to find out which team is looking good when the Oakland A’s host the LA Angels on Friday. Let’s get right to it so you can place your bets against their MLB odds. MLB Spring Training Betting Predictions – LA Angels at Read More

Posted: Saturday, September 26, 2020 12:51, EDT
The very unusual coronavirus-shortened 2020 MLB regular season comes to an end on Sunday. Sixteen teams will reach the playoffs, which leaves 14 planning for 2021 already. Here are the two most disappointing teams of the season, one from reach league. How to Bet Biggest Disappointments this season Los Angeles Angels The Angels have the best all-around player in the Read More

Posted: Thursday, August 20, 2020 10:56, EDT
Because this coronavirus-affected season is shortened to 60 games, the AL West rival Oakland A’s and Los Angeles Angels will already conclude their season set against one another this weekend. Here’s a look at Friday’s opener and the A’s will be solid home MLB favorites. How to Bet Angels at A’s MLB Odds & TV Info When: Friday, 9:40 PM Read More

Posted: Friday, August 14, 2020 10:46, EDT
Top MLB Games of the Weekend Those of you tuning in to watch Major League Baseball games on Sunday will notice something very different in terms of what the players are wearing as MLB is celebrating the 100th anniversary of the Negro Leagues. All MLB players, managers, coaches and umpires will wear a symbolic Negro Leagues 100th anniversary logo patch Read More

Posted: Tuesday, August 11, 2020 1:03, EDT
Could the Oakland A’s actually be the team to beat in the American League? They are playing better than anyone in the Junior Circuit and have easily the best division lead in the AL. Oakland plays Game 2 of its series at the division-rival Angels on Tuesday. The Angels are short favorites on the MLB odds. Athletics vs Angels – Read More

Posted: Wednesday, August 5, 2020 11:25, EDT
The Los Angeles Angels and Seattle Mariners are both well under .500 in this young season when they meet from the Pacific Northwest on Wednesday night. One reason for Angels fans to tune in: To see mega-prospect Jo Adell. The Halos are favored on the MLB odds. How to Bet Angels at Mariners MLB Odds & TV Info When: Wednesday, Read More

Posted: Monday, July 27, 2020 12:29, EDT
The earliest-starting game on a busy Monday around baseball is the conclusion of an AL West series between the Angels and A’s from Oakland. Will the Halos have big-ticket free-agent Anthony Rendon in the lineup? Is this something to consider when thinking about your baseball betting? Read more to find out. Angels vs Athletics – MLB Odds & Picks How Read More