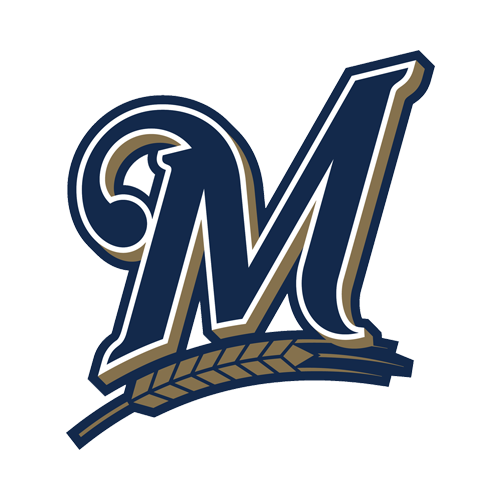 The Dodgers’ Clayton Kershaw is one of the most accomplished regular-season pitchers in MLB history and will be going to Cooperstown someday. However, the three-time Cy Young winner has had some postseason issues. Can the Brewers upset Kershaw and the high-powered Dodgers in Game 2 of their Wild-Card series on Thursday?

How to Bet Brewers at Dodgers MLB Odds & TV Info

The Brewers are quite short-handed pitching-wise in this series. Ace Corbin Burnes was hurt on the final weekend of the regular season and isn’t on the Wild-Card roster. The Brewers will also be without Brett Anderson, their second-best starter.

Also out this series is stellar receiver Devin Williams. He is dealing with shoulder soreness that isn’t considered a major issue but is enough to keep him from participating in this three-game series.

Williams delivered a dominant 0.33 ERA and 53/9 K/BB ratio over 27 innings during the 2020 regular season. The 26-year-old may have the best changeup in MLB. Called the “Airbender,” opponents hit just 2-for-62 (.032) against it, the lowest opponent average on a single pitch this season (minimum 50 plate appearances). He threw that high-spin pitch 53% of the time and allowed no earned runs over his final 20 outings.

Williams, among the favorites for the National League Rookie of the Year award, allowed just one earned run in his 27 innings. His 53% strikeout rate was the highest percentage in MLB history by a pitcher with at least 20 innings pitched. Williams’ absence heightens the pressure on star reliever Josh Hader, who hasn’t recorded more than four outs in an appearance this season.

With Williams sidelined, Manager Craig Counsell likely will switch to side-armer Eric Yardley as his primary setup man for Hader if the Brewers have a small, late lead against the Dodgers. Yardley led the club with 24 appearances, posting a 2-0 record and 1.54 ERA over 23⅓ innings.

It’s ace Brandon Woodruff scheduled in this one. Woodruff (3-5) struck out 10 batters over eight scoreless innings in the Brewers’ 3-0 shutout of the Cardinals last Saturday. Woodruff yielded just two singles and a walk in the brilliant outing at Busch Stadium in St. Louis. It was his second double-digit strikeout performance in September and his third in 2020.

The 27-year-old right-hander finished the regular season with a 3.05 ERA and 91/18 K/BB ratio in 13 starts covering 73 2/3 innings. The Dodgers present a much tougher challenge than what he faced in the Central under MLB’s geographic-oriented schedule. Woodruff didn’t face LA in 2020.

Most believe anything short of a World Series title will be a huge disappointment for the Dodgers, who have made the playoffs now eight years in a row but haven’t won a title since 1988.

“It’s World Series or bust every year,” Manager Dave Roberts said. “We’ve all gone through a lot, the whole industry has. But I think for us, we’re just focused on the Brewers, and we’ll see what happens.”

The Dodgers’ Wild-Card card roster includes a pinch-runner (Terrance Gore) and a third catcher (Keibert Ruiz) so that Will Smith is freed up to play at designated hitter when Austin Barnes catches Clayton Kershaw in Game 2. The 29-year-old speedster Gore will be a dangerous pinch-running threat. Gore has had only 67 at-bats in his seven-season major league career, but has scored 32 runs to go with 40 stolen bases.

Gavin Lux, Alex Wood, and Dylan Floro are among the notable absences from the 28-man roster for the opening round.  The Dodgers will carry 13 pitchers and 15 position players.  Overall, the Dodgers have six rookies who are active for the Wild Card round.

It’s three-time Cy Young winner Clayton Kershaw (6-2) on the mound. Kershaw was charged with four runs — one earned — in four innings last Friday against the Angels. Kershaw gave up a season-high eight hits, two of them homers.  The 32-year-old gave up a three-run home run to Mike Trout in the third inning and a solo blast to Justin Upton in the fourth.

Despite starting things off on the injured list, it was a spectacular year for the southpaw, who finished regular season play with a 2.16 ERA and 0.84 WHIP across 11 appearances (10 starts).

Kershaw is a first-ballot Hall of Famer but hasn’t been great in his playoff career. Kershaw has appeared in 16 postseason series over nine years. The closest he’s come to a completely successful postseason was during the 2015 National League Division Series vs. the Mets.

When the Dodgers were eliminated by the Washington Nationals in their National League Division Series last year, LA was up a couple of runs in the eighth inning of Game 5 and Kershaw gave up home runs on consecutive pitches in a relief appearance. In aftermath of the defeat, Kershaw conceded that he deserved the criticism directed at him for his postseason meltdowns.

Posted: Thursday, October 1, 2020 9:31, EDT
The Dodgers’ Clayton Kershaw is one of the most accomplished regular-season pitchers in MLB history and will be going to Cooperstown someday. However, the three-time Cy Young winner has had some postseason issues. Can the Brewers upset Kershaw and the high-powered Dodgers in Game 2 of their Wild-Card series on Thursday? How to Bet Brewers at Dodgers MLB Odds & Read More
0 comments

Posted: Wednesday, September 30, 2020 10:59, EDT
The Los Angeles Dodgers had one of the most dominant regular seasons in MLB history and are favored to win their first World Series since 1988. The Dodgers are heavy favorites for the opener of their Wild-Card series on Wednesday vs. the No. 8 Milwaukee Brewers. How to Bet Brewers at Dodgers MLB Odds & TV Info When: Wednesday, 10 Read More
0 comments

Posted: Tuesday, September 15, 2020 9:58, EDT
It’s looking more and more likely that the Chicago Cubs are going to win the NL Central, with the St. Louis Cardinals and Milwaukee Brewers battling for second place and playoff positioning – although the Brewers might miss out entirely. They face off Wednesday in Beer Town in a doubleheader. Here’s a look at Game 1’s matchup. How to Bet Read More
0 comments

Posted: Thursday, September 10, 2020 11:34, EDT
The Milwaukee Bucks are well behind the division-leading Chicago Cubs in the NL Central, but the Brewers lead the season series 4-3 with the clubs opening their final series against one another starting Friday night in Beer Town. How to Bet Cubs at Brewers MLB Odds & TV Info When: Friday, 8:10 PM ET Where: Miller Park Probable pitchers (away/home): Read More
0 comments

Posted: Tuesday, August 25, 2020 9:13, EDT
The Milwaukee Brewers and Cincinnati Reds have both hugely underachieved this season and time is running out for them to contend in the NL Central. The teams meet in Game 2 of a series in Beer Town on Tuesday with the Brewers as short MLB betting favorites. How to Bet Reds at Brewers MLB Odds & TV Info When: Tuesday, Read More
0 comments

Posted: Thursday, August 13, 2020 6:16, EDT
It’s not a good time to travel via plane in this country right now due to the coronavirus and the Milwaukee Brewers won’t have to when they open a series at the rival and southern neighbor Chicago Cubs on Thursday. The cites are only around 90 miles apart. The Cubs are favored on the MLB odds. How to Bet Brewers Read More
0 comments

Posted: Friday, July 24, 2020 1:41, EDT
Baseball is back! On Saturday, two of the top rivals in MLB head to the diamond when the Milwaukee Brewers battle the Chicago Cubs. The Cubbies went through major changes after the 2019 season, including going with former catcher David Ross to manage. Check out our baseball betting analysis and free pick for Saturday’s matchup between the Brewers and Cubs Read More
0 comments

Posted: Wednesday, July 22, 2020 5:00, EDT
The Milwaukee Brewers and Chicago Cubs will both be looking to get their coronavirus-shortened season off to a positive start when they square off in their 2020 regular season opener on Friday night. With both ballclubs having realistic hopes of reaching the playoffs after recording winning records a year ago, let’s find out which team is offering the best betting Read More
0 comments