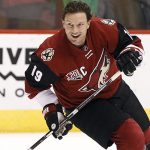 Okay MyBookie hockey betting faithful, while the 2021 NHL draft is now in the rear view mirror and teams in both conference have gone about the business of trying to improve their respective teams via trades and free agency, there are still a handful of rumors making the rounds. Let's have a look at the latest hockey news out there so you can wager on their NHL odds. 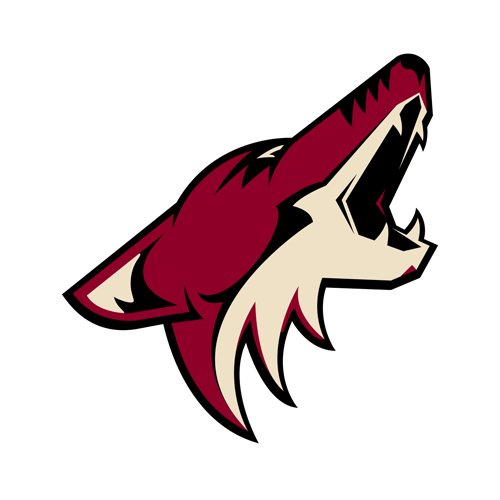 With the final night of NHL scrimmage action going down on Thursday night – and the restart campaign kicking off in two days on Saturday, August 1, it’s time to take a look at the three final games of the league’s COVID-19-fueled ‘second’ preseason. With three of the top nine Stanley Cup favorites in action (Boston, Vegas, Dallas) let’s find out who’s looking good on Thursday night so you can wager on against their NHL odds.

The Stars rank second in goals allowed (2.52 gpg), but they struggle offensively in putting up a paltry 2.6 goals per game (26th). Nashville ranks 16t in scoring (3.1 gpg) and 20th on goals allowed by giving up an identical 3.1 goals per contest defensively. Not only did Dallas lose six straight before the break, but the Stars have dropped two straight against the Predators after winning the first two regular season meetings this season. Nashville won three straight and six of their last nine before the break, giving the Predators the look of a team that is locked in and ready to challenge the best in the west as we get set for the restart. The Under is 3-1-1 in the last five meetings, but I’m expecting to see five goals put on the board in this clash of Western Conference title hopefuls.

Boston had more victories at the break than any other team in hockey while Columbus was motoring along at four games under .500 for the season (33-37-5). More importantly, the Bruins are elite at both ends of the ice in ranking first in fewest goals allowed (2.39 gpg) and an impressive ninth in scoring (3.2 gpg). Conversely, the Blue Jackets rank an awful 28th in scoring (2.6 gpg) despite ranking an encouraging fourth in goals allowed (2.6 gpg). While Columbus has won two straight in this rivalry, they also lost six of the previous eight meetings against Boston. Columbus went an uninspiring 3-4-3 in their last  games before the hiatus while Boston had won seven of their last 10 and a blistering 16 of their last 20 games overall. With the Under going 7-1 in the last eight meetings between these two, I say Boston gets it done in a low-scoring affair.

Vegas hit the break as one of the hottest teams in all of hockey, having won eight of 10 and 14 of their last 19 games overall. The Knights have been identically solid at both ends of the ice in ranking 13th in scoring (3.2 gpg) and goals allowed (2.9 gpg). While Arizona has a phenomenal defense that ranks third in goals allowed (2.6 gpg), the Coyotes are also offensively challenged as they put up just 2.7 goals per game to rank 23rd in scoring. The Knights have won two straight and seven of the last 10 meetings in this series and their pair of goaltenders Robin Lehner and veteran Marc Andre-Fleury have both been outstanding this season. Vegas get the win to hit the restart with some confidence.

Posted: Thursday, July 30, 2020 10:45, EDT
With the final night of NHL scrimmage action going down on Thursday night – and the restart campaign kicking off in two days on Saturday, August 1, it’s time to take a look at the three final games of the league’s COVID-19-fueled ‘second’ preseason. With three of the top nine Stanley Cup favorites in action (Boston, Vegas, Dallas) let’s find Read More
0 comments

Posted: Friday, March 6, 2020 11:15, EST
In a regular season as long as we see in the NHL, there is very often a fine line between making the playoffs and sitting at home watching while other teams battle it out for the Stanley Cup. Historical data shows us that the average number of points needed to make it into the postseason is 95. If that holds Read More
0 comments

Posted: Wednesday, March 4, 2020 2:26, EST
If we have learned anything from the past seasons in the NHL, it’s that we have a pretty good idea of what it takes to get into the playoffs. It’s certainly not an exact science by any stretch of the imagination but history has shown us that 95 points on the season is the number that needs to be hit Read More
0 comments

Posted: Tuesday, February 25, 2020 9:29, EST
The Florida Panthers and Arizona Coyotes are both desperate for two points on Tuesday night when they wrap up their season series in the desert. Both are on the outside of the playoff field looking in as things stand. The Coyotes are short favorites on the Mybookie NHL odds. Let’s see how the NHL odds will be for the Panthers Read More
0 comments

Posted: Thursday, February 20, 2020 2:29, EST
When you have a season that has every team play 82 games, the chance of a team staying at the top of the division from start to finish is pretty slim. Given how tight most of the divisional races are in the NHL right now, the likelihood is that the standings as they are now are probably going to look Read More
0 comments

Posted: Wednesday, February 19, 2020 12:15, EST
The Arizona Coyotes will be looking to pull off the big road upset when they visit the Dallas Stars in a meeting of two of the best defensive teams in all of hockey this season. With the Coyotes looking to extend their winning ways and the Stars looking to get back in the win column, let’s find out which team Read More
0 comments

Posted: Monday, February 17, 2020 1:37, EST
In sports, there is very often a fine line between winning and losing, and in no place is that better seen than in the race for playoff spots. We all tend to think that the season doesn’t really matter until we get down to the final few weeks, but the reality is that a bad losing streak that came in Read More
0 comments

Posted: Thursday, February 6, 2020 8:56, EST
Both the Carolina Hurricanes and Arizona Coyotes are battling for a playoff spot in their respective conferences as the Hurricanes make their only visit of the season to the desert on Thursday. The Coyotes are short underdogs on the NHL betting odds. How to Bet Hurricanes at Coyotes NHL Hockey Odds & TV Info Here’s the official “Its OK For Read More
0 comments