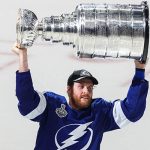 The NHL season is officially over, and the Tampa Bay Lightning are probably still celebrating after winning the Stanley Cup for the second straight season. One thing that they are probably not doing right now is thinking about next season and the possibility of a threepeat. It is, of course, way too early to start talking about the next Stanley Cup winners, but the bookies already have some ideas about who might well be getting their hands on the cup next season.

With the 2020-21 NHL season entering its second week of play, it’s time to find out just what lies ahead in the NHL’s realigned West Division. That said, let’s get right to it so you can wager against their NHL odds.

Los Angeles and San Jose will square off in the same division for a 29th consecutive season since the Sharks entered the NHL while Anaheim competes in the three-team California rivalry for the for the 22nd straight season. Los Angeles and St. Louis are back to being division rivals with the two franchise once part of the inaugural West Division for seven seasons beginning in 1967-68

Colorado rejoins a division with the three California teams after competing against the trio in the Pacific Division for their first three seasons in Denver (1995-96-1997-98). Phoenix and St. Louis will play in the same division for the first time since 1997-98 after five years as Central Division rivals.

The loaded West Division includes three teams that have reached the Stanley Cup Final in the past five seasons (St. Louis 2019, Vegas, 2018, San Jose, 2016). This season, the top four teams in each division will qualify for the Stanley Cup Playoffs, with inter-divisional play in the first two rounds of postseason action.

Vegas went 39-24-8 to finish atop the Pacific Division standings while ranking an identical 13th in scoring (3.2 gpg) and goals allowed (2.9 gpg). The Knights made a series of moves in the offseason as Paul Stastny bolted, but Alex Pietrangelo came on board. Vegas has a handful of underrated stars in Max Pacioretty, Mark Stone, Reilly Smith and Jonathan Marchessault, plus I love their net-minding duo of Robin Lehner and Marc-Andre Fleury. I like the Knights to finish atop the West in 2021, although they will be challenged.

Colorado went 42-20-8 last season to finish second in the Central Division while ranking a stellar fourth in scoring (3.4 gpg) and equally impressive sixth in goals allowed (2.7 gpg). The Avs made a bunch of roster-altering moves like adding Devin Toews and that will soften the blow of some of their losses. Center Nathan MacKinnon is a star that scored 35 goals and finished with 98 points and defenseman Cale Makar is elite at the back end. While most NHL experts are expecting Colorado to challenge for a berth in the Stanley Cup Finals, I’m not quite prepared to put them past Vegas – and possibly, a St. Louis team that won it all in 2019.

The Blues went 42-19-10 to finish first in the Central Division while ranking a modest 14th in scoring (3.1 gpg) and a stellar fifth in goals allowed (2.7 gpg). St. Louis lost an elite star in Alex Pietrangelo, but their additions of Torey Krug and Mike Hoffman will be more than enough to overcome that departure. Goalie Jordan Binnington will need to show up every night after the Blues parted ways with Jake Allen, so that bears watching. Overall, I’m expecting St. Louis to challenge both, Vegas and Colorado for first place in the West, even if i do have the Blues finishing third!

Minnesota 35-27-7 last season to finish sixth in the Central Division while ranking 12th in scoring (3.2 gpg) and 24th in goals allowed. The Wild had a mixed-bag of offseason transactions as Mikko Koivu and Alex Galchenyuk are gone, but Cam Talbot and Nick Bonnino are on board. If goalie Alex Stalock can stay healthy after going 20-13 with a 2.67 GAA and four shutouts, I think Minnesota could very well exceed expectations, but I think the loss of backup Devan Dubnyk could hurt the Wild at some point. Still, I’m going with Minnesota to get the fourth and final playoff spot in the West in 2021!

Arizona went 33-29-8 to finish fifth in the Pacific Division while ranking a discouraging 23rd in scoring (2.7 gpg), but fantastic third in goals allowed (2.6 gpg). The Coyotes suffered a huge loss with Taylor Hall bolting in free agency and Arizona’s additions don’t add up to a more productive offense in 2021, no pun intended. While Clayton Keller, Darcy Kuemper and Oliver Ekman-Larsson all are back, it’s hard to be optimistic about Arizona’s chances in an absolutely loaded West Division in 2021.

The Ducks went 29-33-9 last season to finish sixth in the Pacific Division while ranking a dismal 29th in scoring (2.6 gpg) and 25th in goals allowed (3.2 gpg). Anaheim is handcuffed by salary cap restraints and didn’t do much in free agency to improve their roster from the one that finished last season. Arizona had just two players record at least 20 goals last and that just won’t be good enough to make any noise in the West this season!

The Kings went 29-35-6 to finish a disappointing seventh in the Pacific Division while ranking a pitiful 30th in scoring (2.5 gpg) and 14th in goals allowed (3.0 gpg). Veteran center Anze Kopitar (21 goals, 41 assists) was the only player to record at least 20 goals and 30 assists last season. The Kings do have a bunch of young talent on their roster, butt it’s unproven – and inexperienced talent nonetheless. Los Angeles is at least a couple of years – and two or three elite players away from challenging for anything that matters.